How Harriet Colderick Is Building Her Eventing Career.. 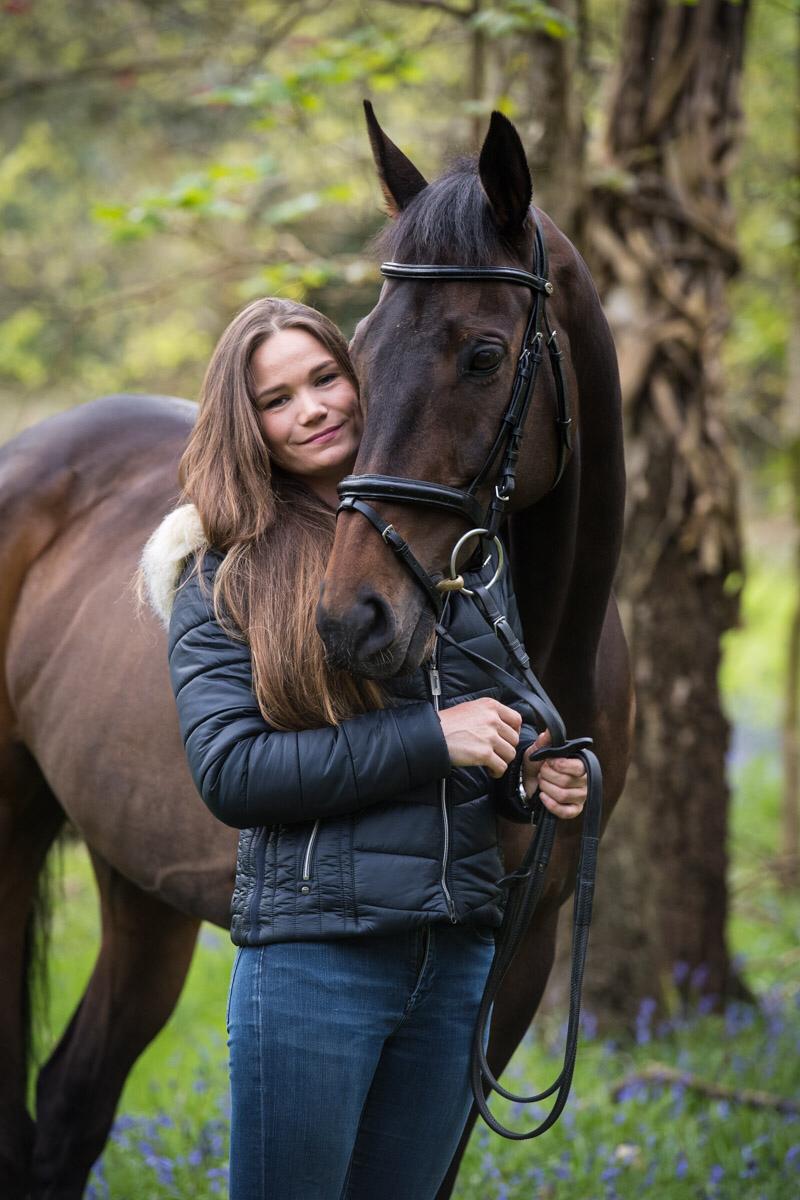 one, which was the perfect start to her riding career. Here, Harriet was exposed to some of the best tuition and made friends for life. Alongside the Pony Club Harriet started participating in British Eventing at the age of fifteen and has since then has developed to be a very successful rider.

Harriet’s journey started with her first pony Boon. He taught her so much and shaped her to be the rider she is today.

“I got him for my 5th birthday and he taught me every lesson there is to learn about riding, the highs and the MANY lows. He was the naughtiest little pony out there. He would buck me off all the time and once I learned to sit his bucks he would then drop his shoulder. I then mastered how to sit those too and he then started rolling as it was the only way he would get me off. He would do all that in one lesson with Angie Whittington and then the next day we would go out and win our One Day Event. My mum was repeatedly told to get rid of him and buy me a nice pony but I adored him and I’m very thankful we kept him as I doubt I would be the rider I am today without him. He had a lot of talent but I had to seriously work for it! I then grew out of him and he was handed down to my brother William, who swiftly said ‘no way’ having witnessed many of my lessons” exclaimed Harriet.

Harriet went to university in 2010 after a gap year working on an Eventing yard and successfully graduated from the Royal Veterinary College in 2013, where she studied Bioveterinary Sciences before pursuing a career in horses. Harriet now works in the Equestrian Department teaching at Mayfield School, whilst also running her own yard at home. “I have a small team that helps me on the yard, my Mum, Ishbel (who also drives the lorry) and my friend Georgia Marsland who helps me on a part time basis and has done for a few years now” explained Harriet.

Harriet has a range of horses at her family home. She has her main eventer Watergate Bay, several ex-racehorses, her two homebred youngsters and her broodmare. She is very lucky to have some old favourites including Sir Percival III (Francis Whittingtons 5* Eventer) who now spends his days hacking on the forest with her father Stewart! Harriet also has two time Cheltenham Festival winner Champagne Fever, who is thoroughly enjoying his second career Eventing.

Harriet has recently taken on the ride of an exciting young stallion called Ashwey Laurenzo. Before Harriet got the ride, Ashwey Laurenzo had competed up to Novice level. “I’m really excited to be riding this lovely young stallion who is owned by Rebecca Gordon and is standing at Oaks Farm Stud in Godstone. He is a lovely compact, 16hh stallion and is by the prolific stallion Lauriston out of an Ircolando mare. He was graded overall champion with Sports Horse Breeding in 2018 and scored a 9 for his jumping ability and technique. He is a lovely stamp of a horse with a super temperament and has an exciting future ahead of him, both competitively and as an eventing stallion. We are getting to know each other at the moment and we are hoping to get out competing together soon” explains Harriet!

-Watergate Bay 3rd Gatcombe Festival of British Eventing 2019 in ROR (Retraining of Racehorses) Championships
– Watergate Bay – ROR Awards – Elite Eventing Champion 2018
-Watergate Bay won 3 Novices in his second season eventing and placed in his other two. He then finished 4th Chilham Castle CCI2*S and 6th Eridge Intermediate.
– Watergate Bay finished 8th Brightling International CCI3*S. This was their first time at this level.
-Leading Ex-racehorse and Leading Novice in 2017 in the South East Eventers League awards.
-Harriet has also retrained racehorses to a successful level of eventing:
Jack Harbour to Novice and CCI2*S and Watergate Bay to Intermediate and CCI3*L. Both raced for the family before being retrained.

Harriet has always been extremely ambitious and since she was little she dreamed of riding round Badminton and still does! “In the next 5 years I plan to continue to work hard and run my yard at home. I want to continue climbing the levels of eventing and I’d love to have the opportunity to compete at my first Advanced level and CIC4* in the coming years. I would love to add to my string of horses and hopefully get some more owners on board to come along and enjoy the journey with me” states Harriet.

To be able to succeed in eventing, riders like Harriet need such a large support network around them and she is lucky enough to be sponsored by some reputable companies:

High Weald Horse Hydro is a leading equine hydrotherapy centre in East Sussex. It is run by an extremely professional team and Harriet’s horses will visit once a week to work on the water treadmill and the salt water spa after they have been eventing to help their legs recover. The biggest improvement has been the development of topline and muscle definition on Watergate Bay, who visibly looks so much stronger. Harriet highly recommends the hydro to anyone who wants to improve their horses performance and fitness.

Citygrove is a property development and investment company, whose CEO Toby Baines has supported Harriet in her eventing career for the last three years and his help has been invaluable.

Ceris Burns Equestrian are marketing and PR specialists. Ceris is very professional and knowledgeable and has been incredibly helpful in guiding Harriet and putting her forward for sponsorship opportunities. Harriet finds it reassuring knowing that Ceris is helping her build the brand meanwhile allowing her to focus on the riding.

Harriet would also like to continue to retrain racehorses as it’s something that she is extremely passionate about. Her family has been involved in point to pointing and national hunt racing for a long time and they have been lucky enough to own some really incredible horses. “I have always loved retraining our horses when they’ve retired, either through injury or if they fall out of love with racing. Thoroughbreds are such talented, clever horses and with the correct training I believe they can go onto to have very successful second careers. I have retrained racehorses that have gone on to be pony club horses, team chasers and eventers as well as much loved family horses. My current 3* horse, Watergate Bay, is a very good example. He is a talented but quirky boy who I planned to sell after doing a few BE90s but he took to eventing so well. I really look forward to helping more ex-racehorses in their second careers in the future” describes Harriet.

Like most people in the horse world Harriet has had her fair share of ups and downs. She suffered a slipped disc in her neck in 2014, which required surgery to fuse two vertebrae together and resulted in a six month break from horses. This was really tough for her, however she has recovered really well and is incredibly thankful that it did not stop her riding all together. “I would say the most heartbreaking moment for my team and I came quite recently. I have always produced my own horses for eventing either as youngsters or retraining racehorses, and in 2018 for the first time my parents were able to invest in the most beautiful horse, my dream horse, who had experience at Advanced level. He was to take me further up the levels and help me gain that valuable experience. In a horrible twist of fate it seems it was not meant to be. He had gone lame before I had a chance to fulfil any of our plans together. Whilst it seems so terribly unfair and such bad luck, that’s horses for you and I have picked myself up and I am still striving to reach those heights” explains Harriet.

Harriet’s past has shown her that the horse world can be tough at times and her experiences have taught her to really enjoy the highs and the good times as they don’t come around that often. She has learnt that whilst things are tough, if you really love the sport, those lows will make you even more determined to succeed.

Harriet has learnt to try not to be such a perfectionist and to focus on the positives and to give every horse a chance, as with time and patience, even a broken racehorse can make a fantastic eventer. 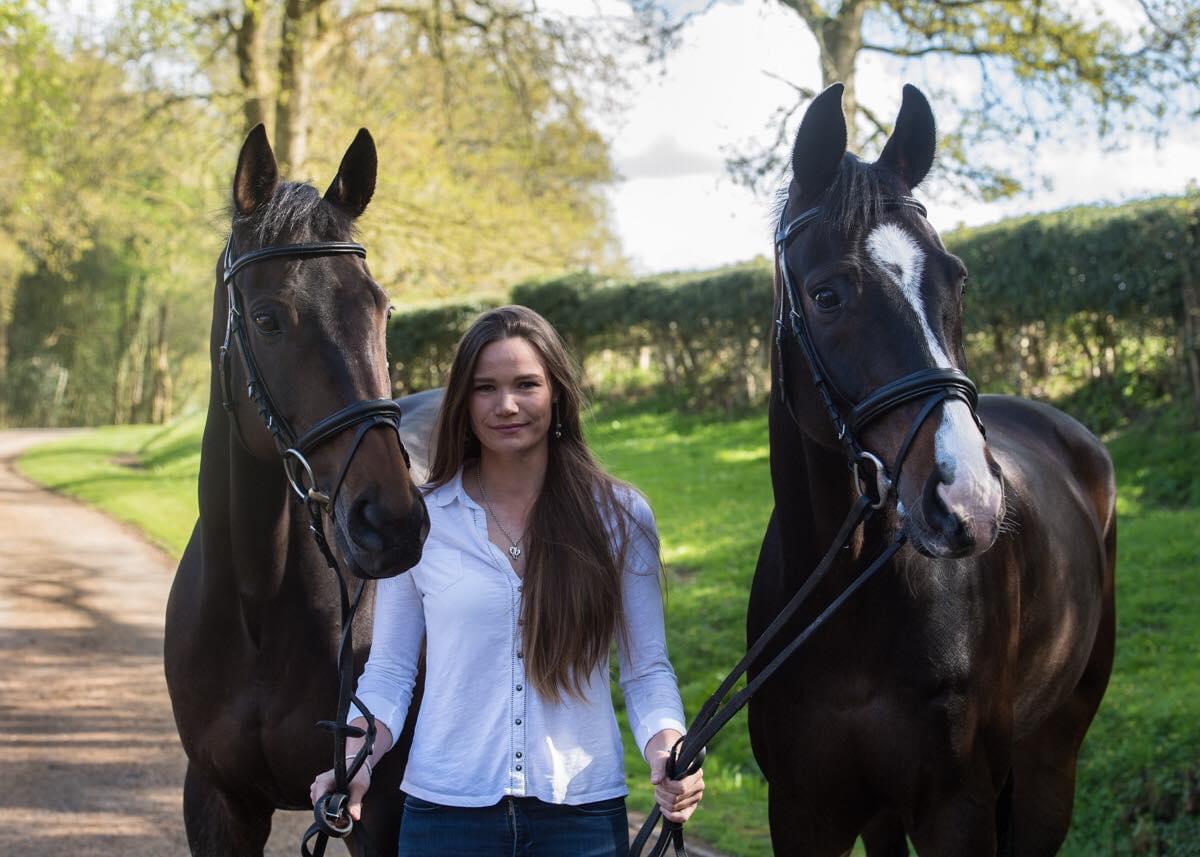 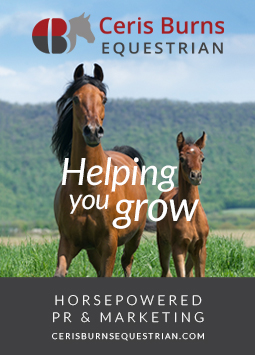 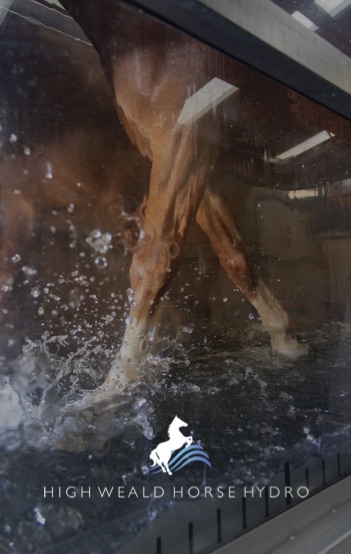 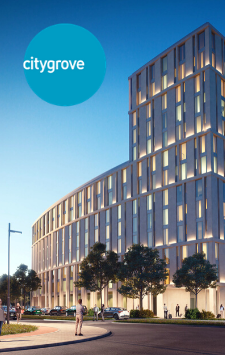