Honours were shared between the Northern and Southern hemispheres at this year’s SsangYong Blenheim Palace Horse Trials.

It has been eight years since Piggy French has won at Blenheim, but the British rider notched up her 12thinternational victory of 2019 with an emphatic win in the CCI4*-L with Alison Swinburn and John and Chloe Perry’s Brookfield Inocent.

Entering the arena as the last rider with Brookfield Inocent, French was well aware that even going one second over the time would cost her victory as the Japanese combination of Kazuma Tomoto and Brookpark Vikenti had already jumped clear. But she jumped a master clear to take the title, whilst also finishing third with Susanna Paybody’s Castletown Clover.

French commented: “Everyone keeps saying how well I’ve been doing this season, but I still couldn’t jump a clear round when it matters. Now I’ve done two! I was wondering what I should do differently but in the end I just tried to stay in my bubble. Both horses were in amazing form.”

This is the second time in three years that Tomoto has been runner-up with Brookpark Vikenti – the pair finished second in the eight and nine-year-old class in 2017.

He commented: “Piggy is the best rider in the world so I knew I could never catch her but having results like this really does give me confidence for the Olympics in 2020.”

Australia’s Sammi Birch jumped a clear round with Direct Tullyoran Cruise to finish fourth, jumping up the leader board five places in the final phase.

She commented: “I’ve only had the mare for six months and she’s a funny little thing – she can be really feisty, but she is a proper competition horse. I came here thinking a top-10 finish might be possible, so to be fourth is fantastic.”

How the event played out?

French climbed from third after dressage to take the win. Dressage leaders Izzy Taylor and Monkeying Around (22.7) retired on cross country after two refusals at Fence 15 and Fence 17. Second after dressage had been Will Rawlin and VIP Vinne. But Rawlin chose to withdraw before the cross country as his mount had been feeling under par. And with the course being described as touch and challenging, he did not think the trip was in the horses best long-term interests. He was one of three to withdraw before the endurance test – the others being Georgia Bale (Step Forward) and Victoria Jessop (Desert Mystery).

The cross country caused relatively few problems with 51 riders jumping clear, however only nine combinations made the optimum time. Eight combinations retired on cross country and 10 combinations were eliminated. Fences 4 (The Horse Trials Support Group Supporting Team GBR Complex) and Fence 13 (The Rowan Barbury Soft N Soak) being the two most influential fences on the course. Six combinations withdrew before the final horse inspection whilst Ask the Boss – ridden by Jessica McKie was spun by the ground jury.

Fifty-seven riders came forward to the final phase. Of these, 14 jumped clear but with time also being an issue, only eight remained penalty free. Only three finished on their dressage score with those being the top three placed riders.

End of an era

It was a poignant weekend for Harry Dzenis and Xam who finished 29th. After the completion of the competition, Dzenis announed that he would be retiring his 18-year-old long-time partner. blenheim marked Xam’s 16thstart at a long CCI4* or 5* level, having competed at four Badminton’s, two Luhmuhlen‘s and five Burghley’s as part of the mix.

Saying Xam had definitely earned his retirement, Dzenis commented: “This amazing little horse has truly changed my life. As a kid I grew up dreaming of riding around Badminton and Burghley and jumping into the lake at Badminton. Xam has made all those dreams come true even quite literally putting me into the lake. He has been a fighter and the toughest horse I’ve known. He’s always been tricky with the dressage and show jumping, and originally when I first sat on him it was these phases that made me think he was a good novice horse. However, his cross country has always made up for it and made him a true 5* horse. Yes we’ve crashed and burned a few times through maybe his amazing bravery and my lack of experience at the start but he has never held that against me and continued to tackle those enormous fences with the heart of a lion.”

CCI4*-S for eight- and nine-year olds

It was Burton’s first ride on the horse who was purchased by his owners just a month ago. But the pair were untouchable, winning by 6.9 penalties. The pair were fourth after dressage, scoring 29.7, and moved into second with a clear in the show jumping. Burton, who last won in 2017 with Cooley Lands, showed his mastery across the country, finishing dead on the optimum time to finishing on his dressage score – the only combination to do so.

He commented: “I’m absolutely delighted to have the horse. He’s got a lot of thoroughbred blood, which is why I wanted him, and he’s very honest across country. My good friend Tim Price told me that, with the rain, I would need to add a few strides at some fences and that proved really useful advice.”

McEwen commented: “I’m hugely excited about this horse. He’s got all three phases in spades and has shown me he’s got the heart for the job. He now loves the cross-country, he looks for the flags and enjoys the crowds. Being runner-up in a competition like this is a real accolade.”

Britain’s Gemma Tattersall was the only other rider to achieve the optimum time with Chilli Knight with the pair finishing third. She posted afterwards: “Alfie is such a consistent horse. I actually saw a stride from the start box that set the tone for one of the best rounds I’ve ever had.”

How it played out

Dressage leaders Piggy French and Calling Card withdrew after three rails down in the show jumping, deciding not to run cross country. William Fox-Pitt, who has won this class twice before, was joint leader after the first two phases with Christopher Burton, but decided to withdraw Georgisaurous before the final test. The show jumping proved testing with only 14 of the starters keeping a clean sheet.

Whilst the time on the cross country proved to be tight, the jumping elements were not so much of a test with 47 combinations jumping clear. Mary King who had been in third place after the dressage and show jumping, retired King Robert on the cross country. Two riders were eliminated on cross country and five retired.

Australia’s Andrew Hoy had one of the biggest jumps up the leader board. Lying 48thafter the dressage with Bloom Des Hauts Crets, the pair jumped clear in the show jumping and had just six-time penalties on the cross country to finish in 11th- a rise of 37 places. 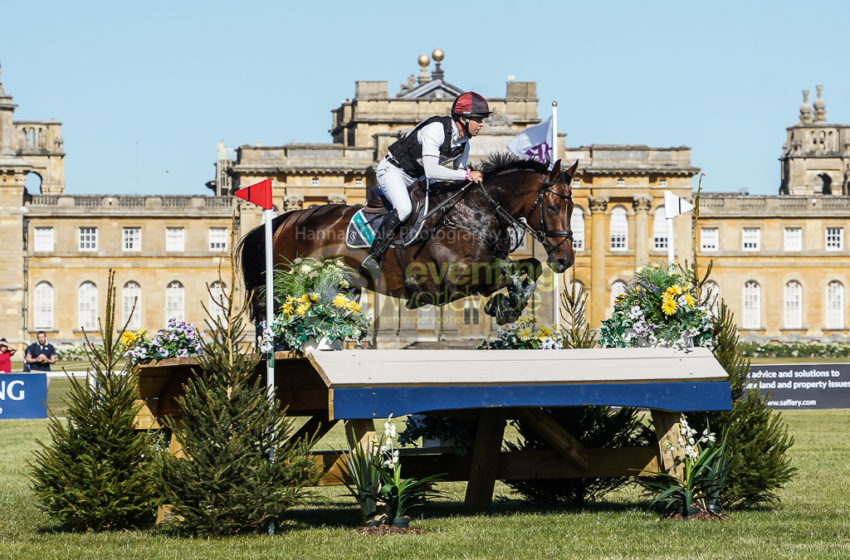 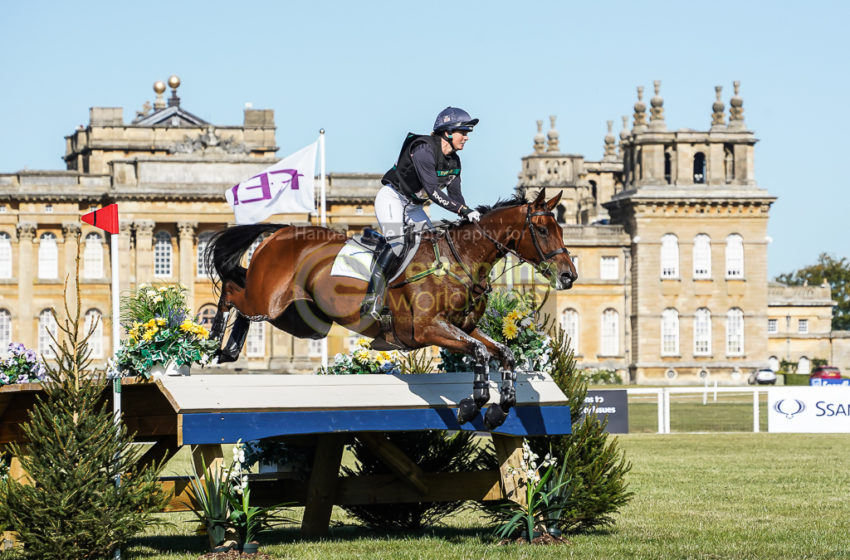 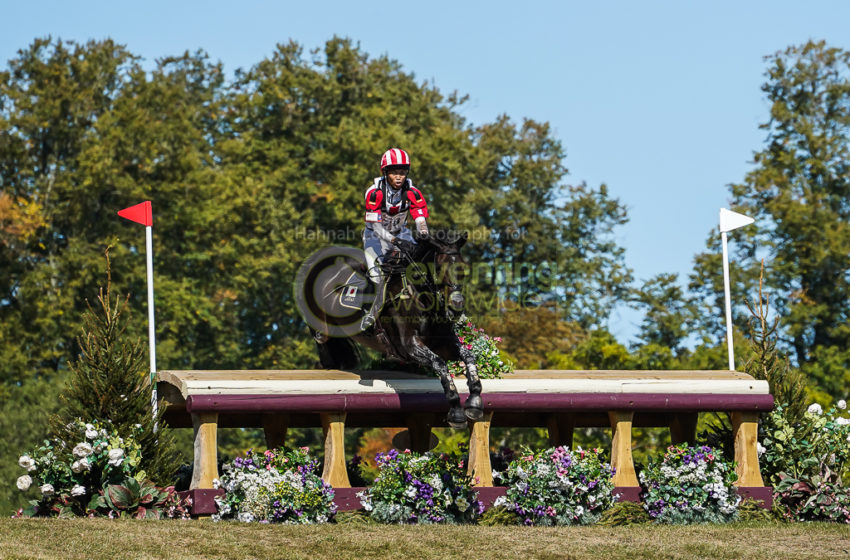 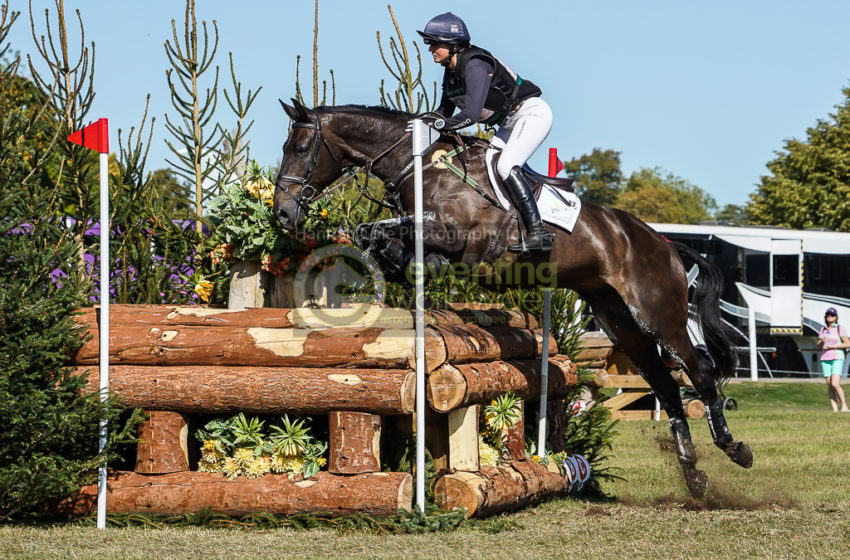 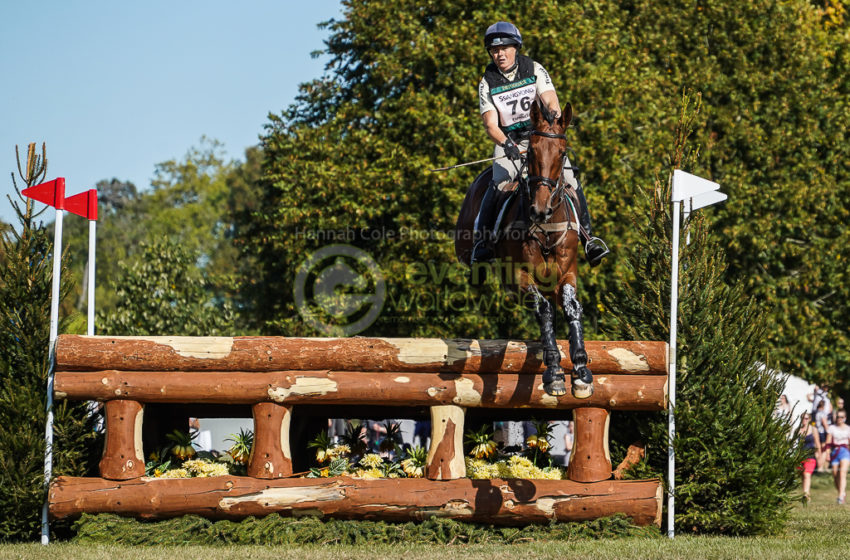 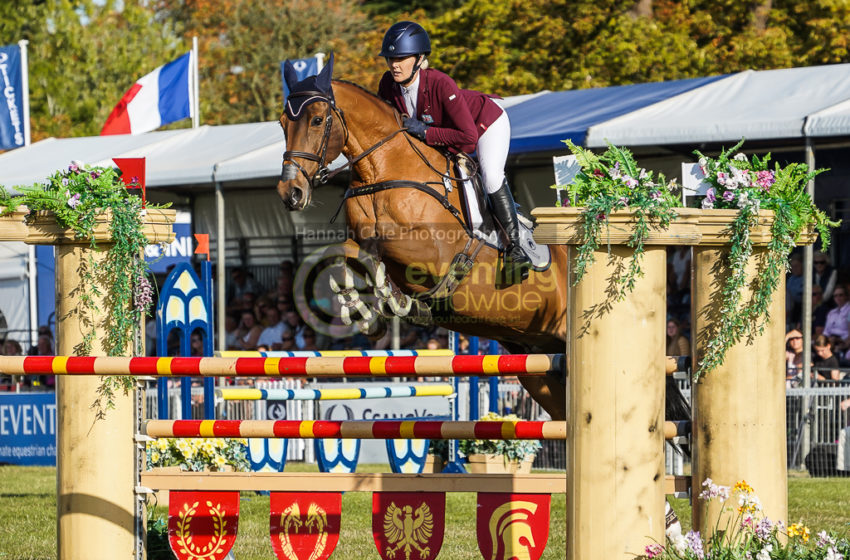 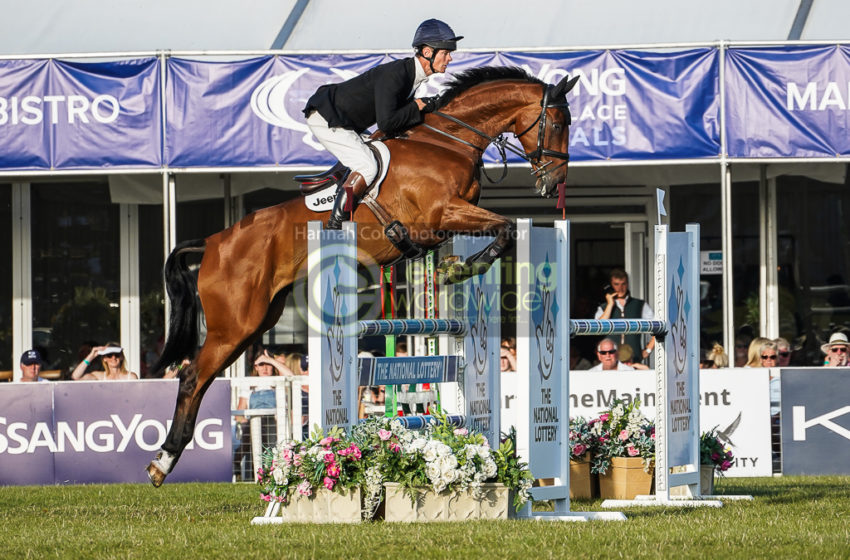 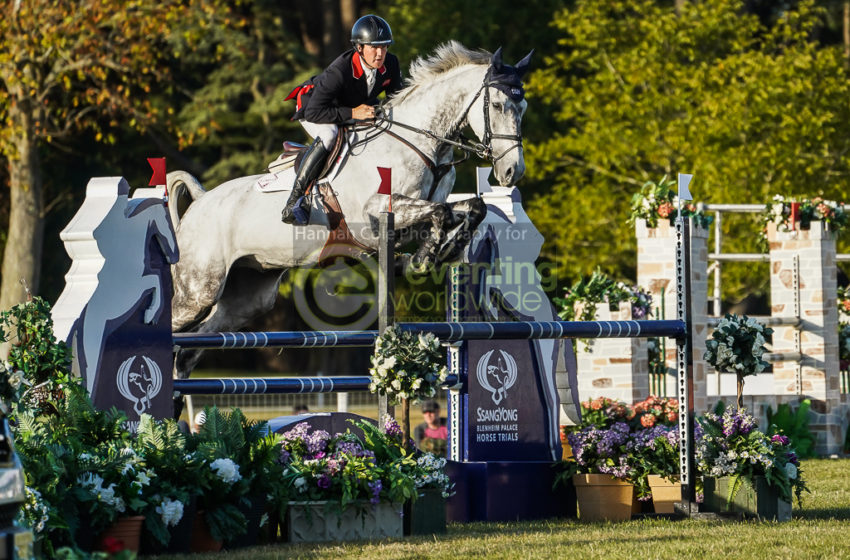 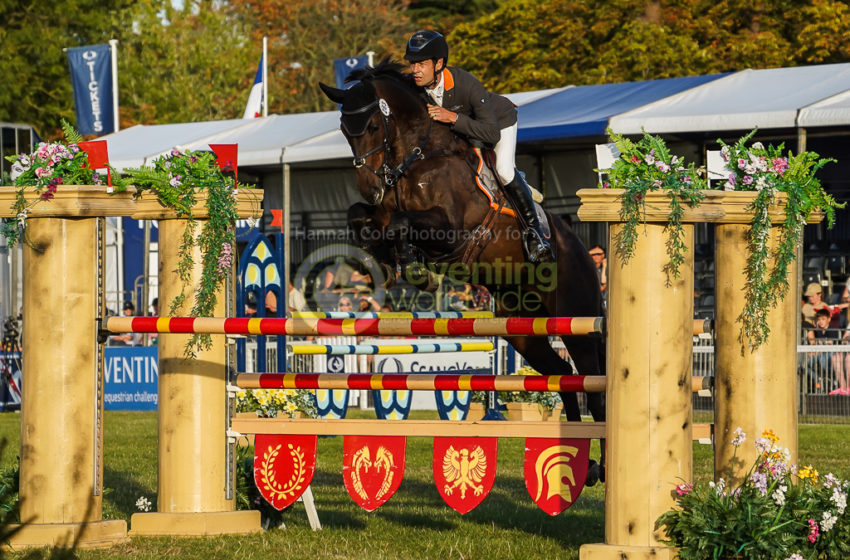 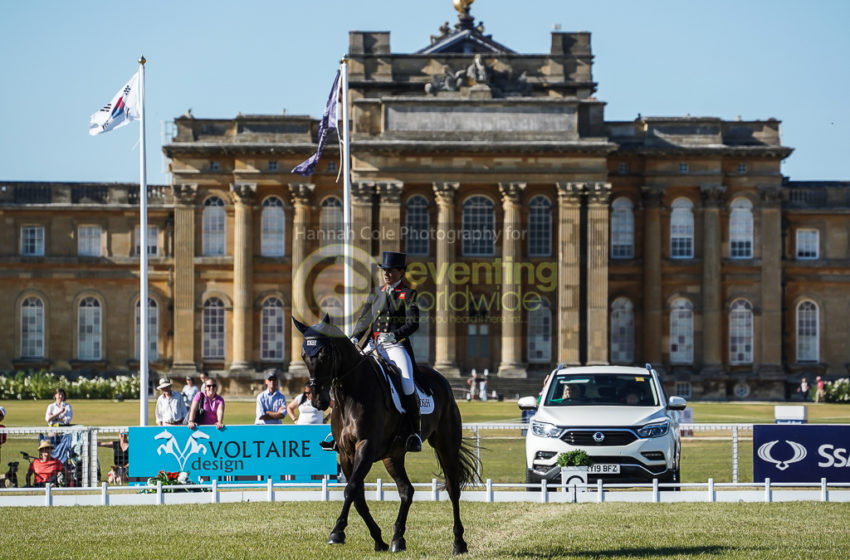 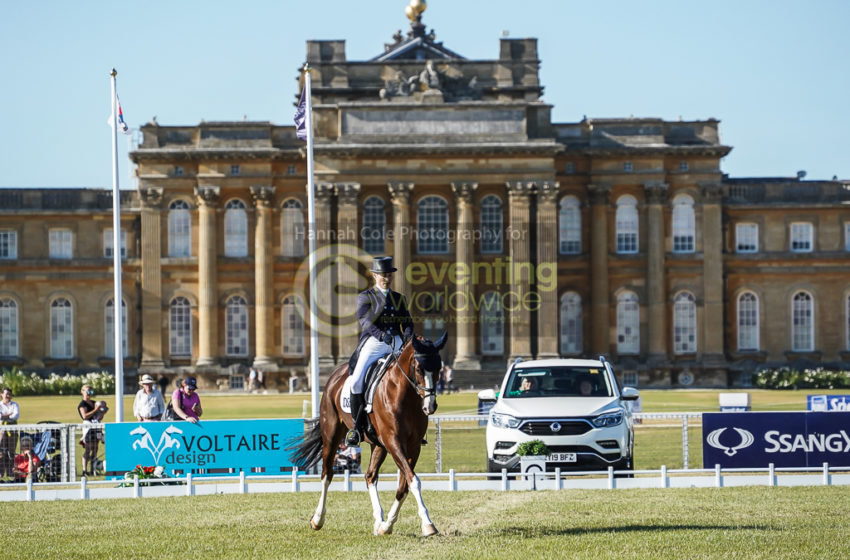 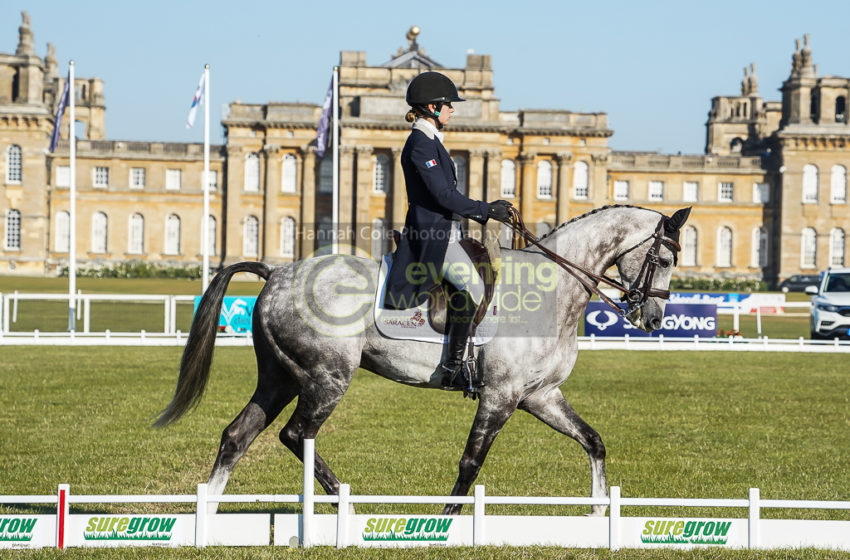 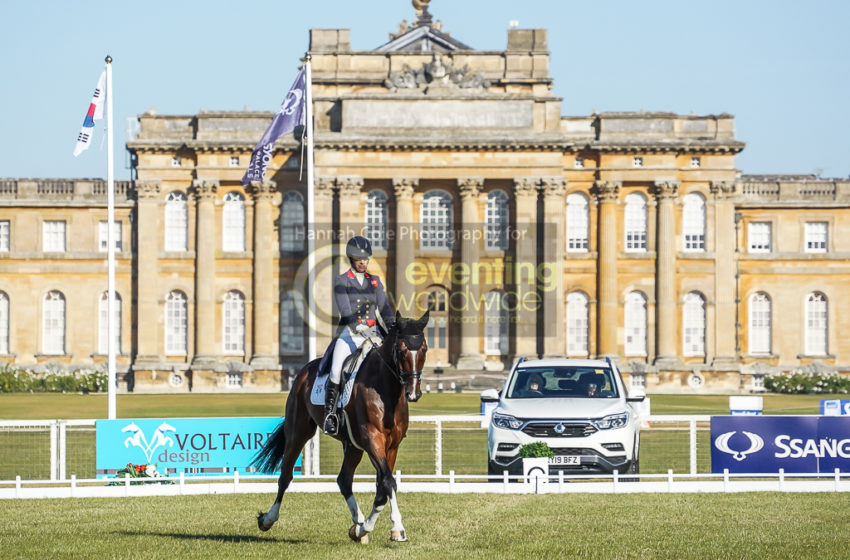 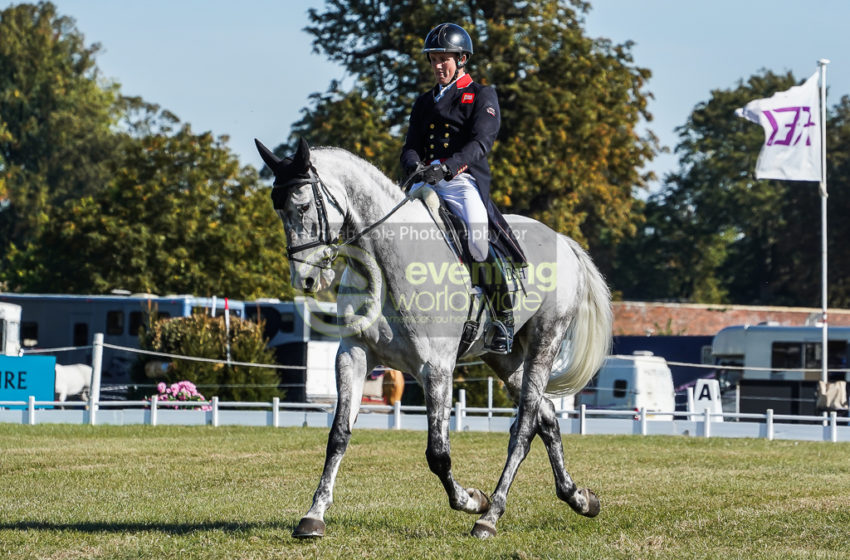 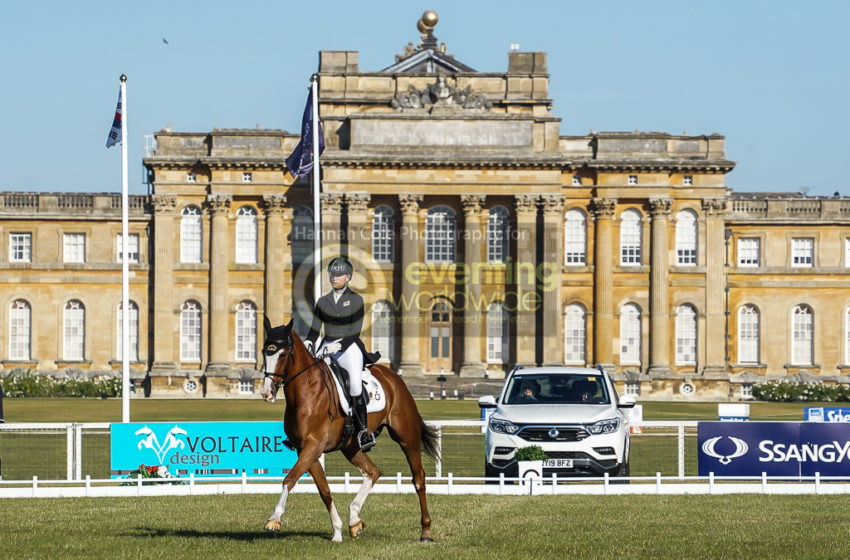 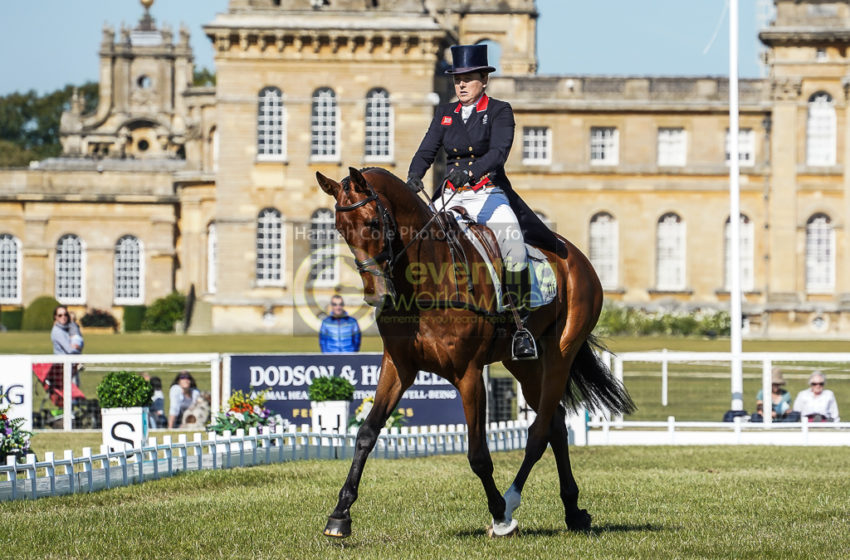 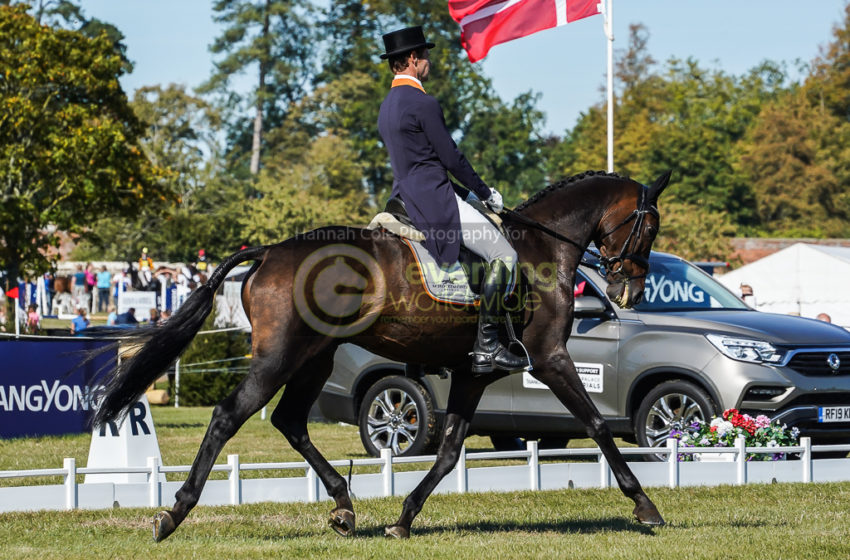 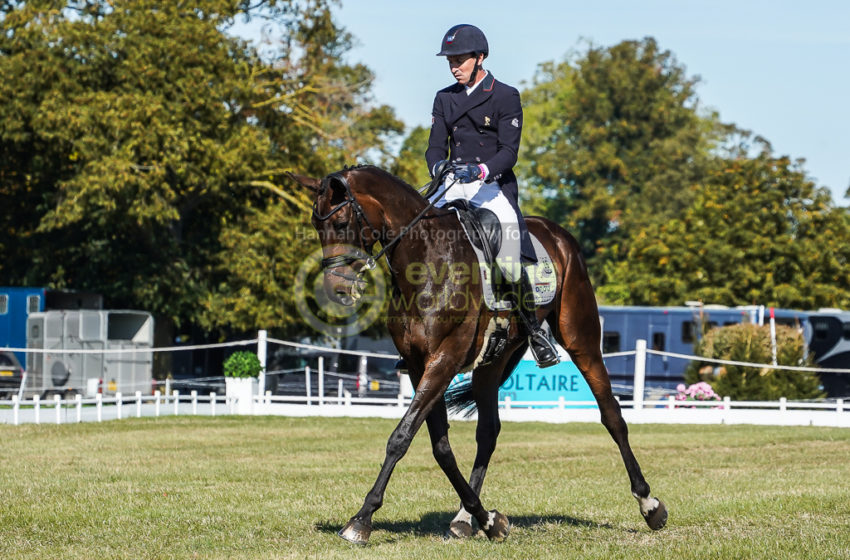 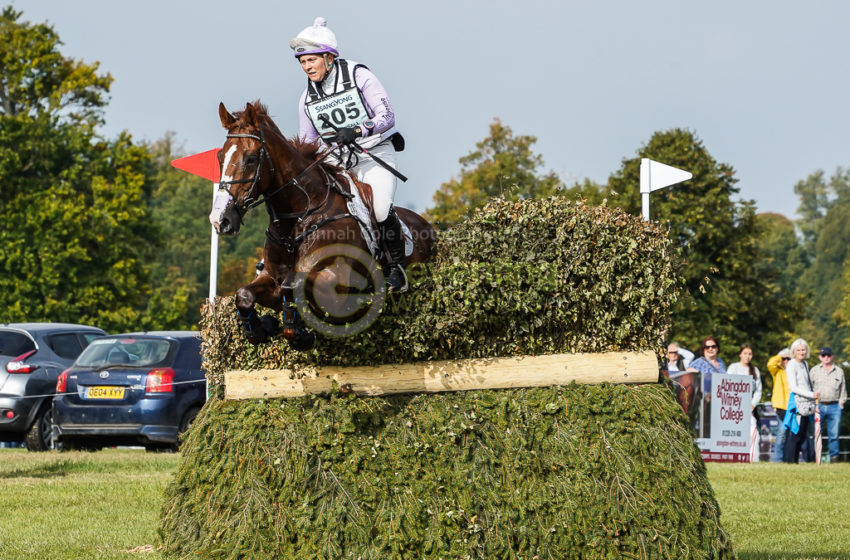 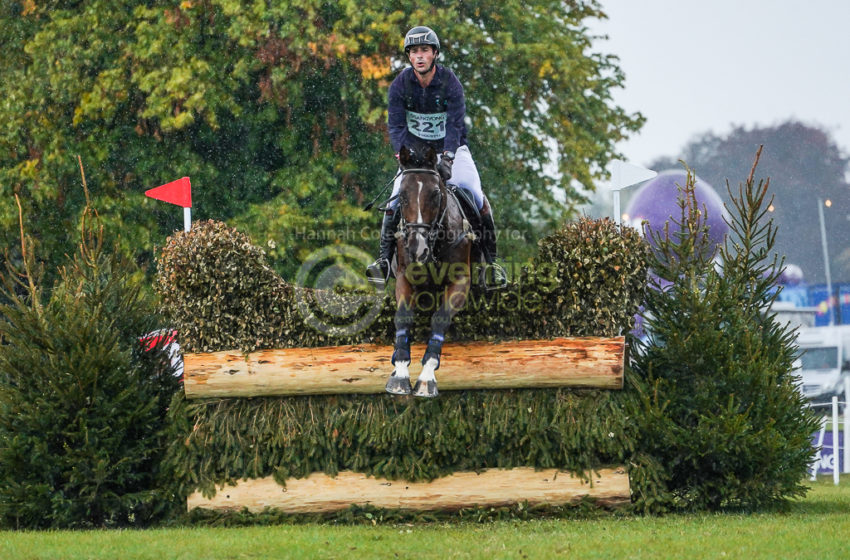 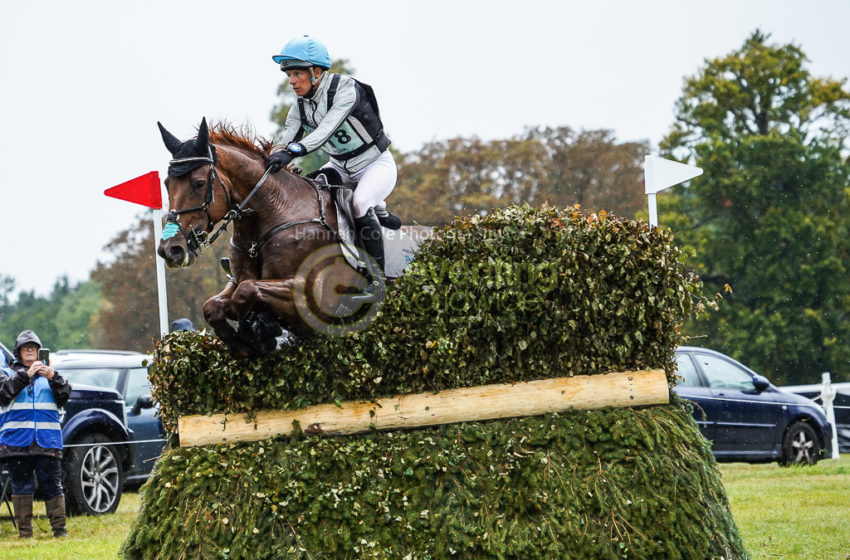 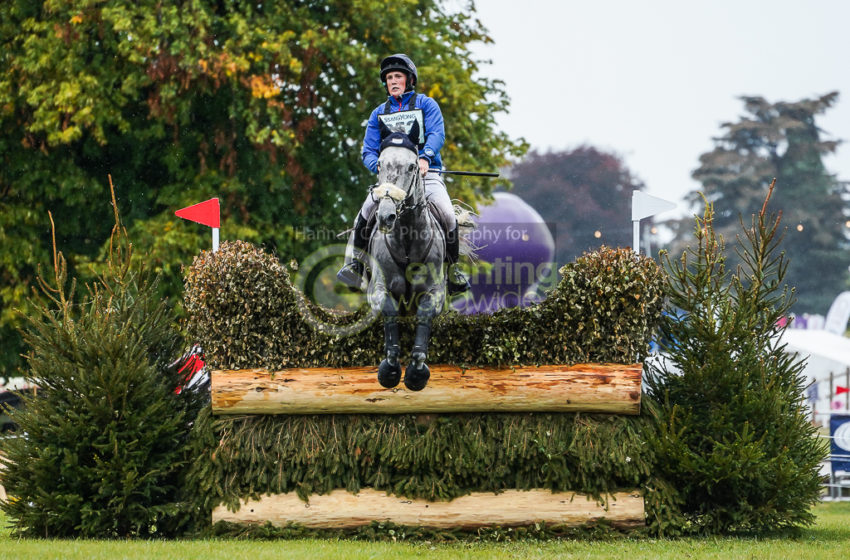 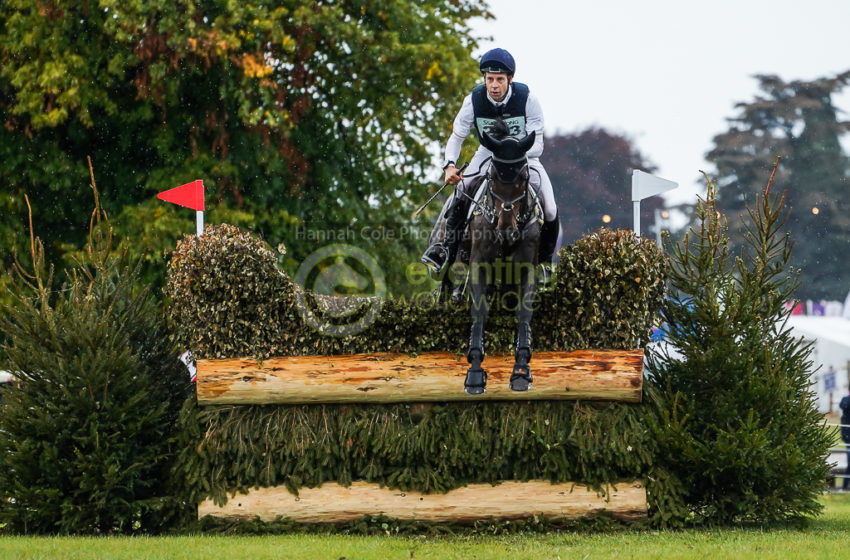 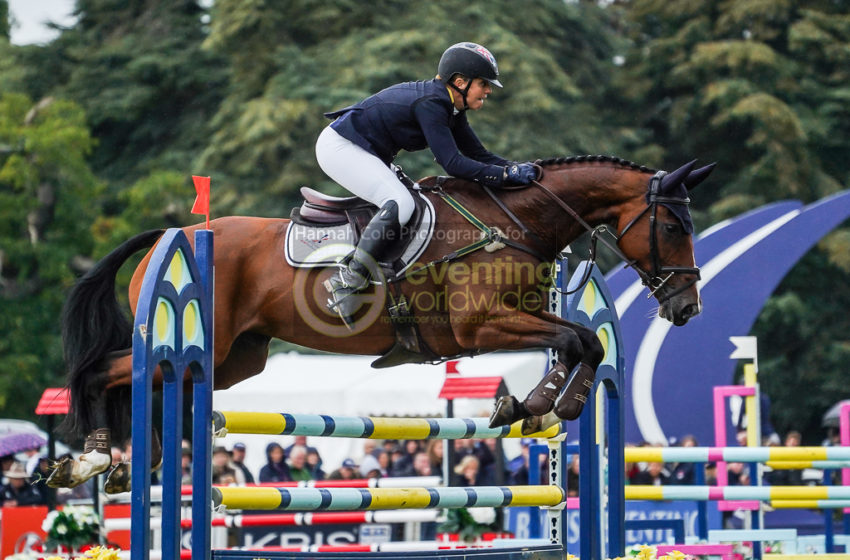 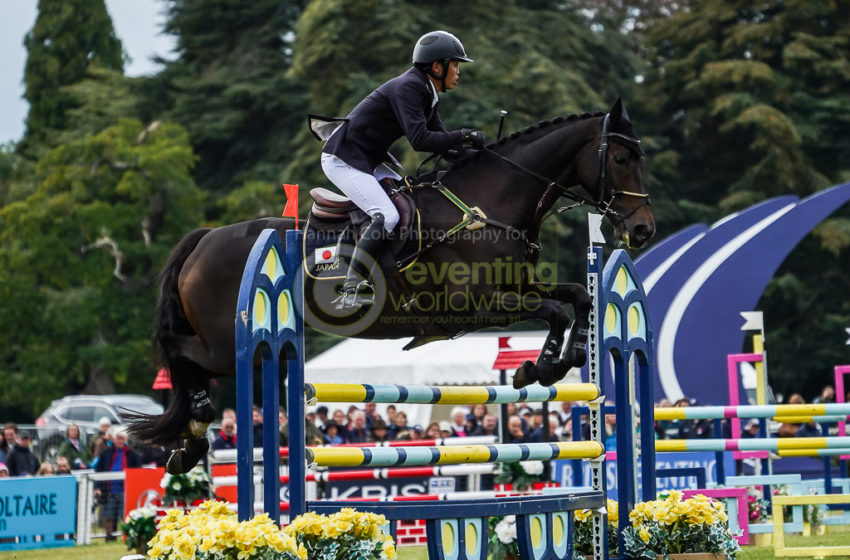 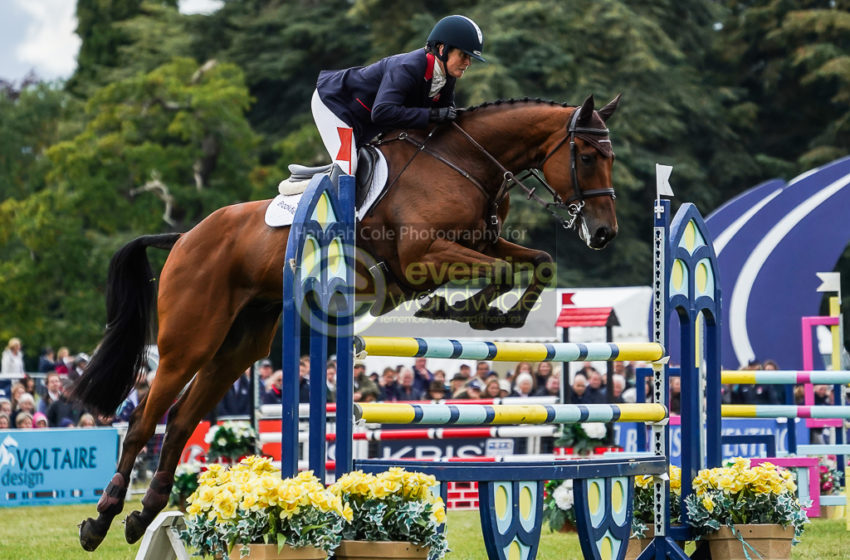 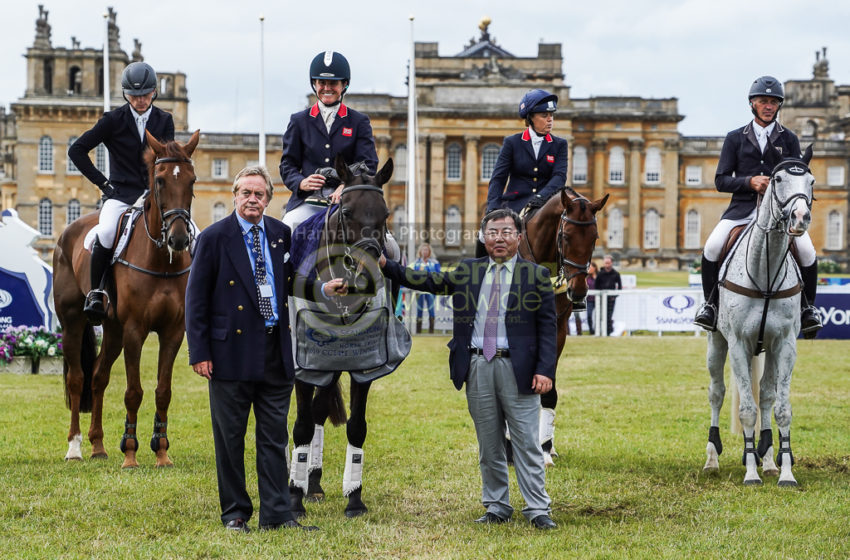 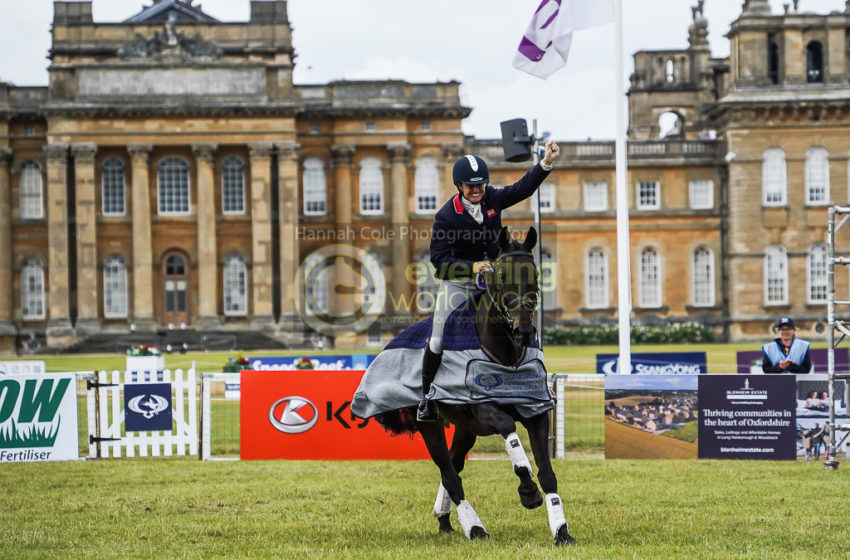 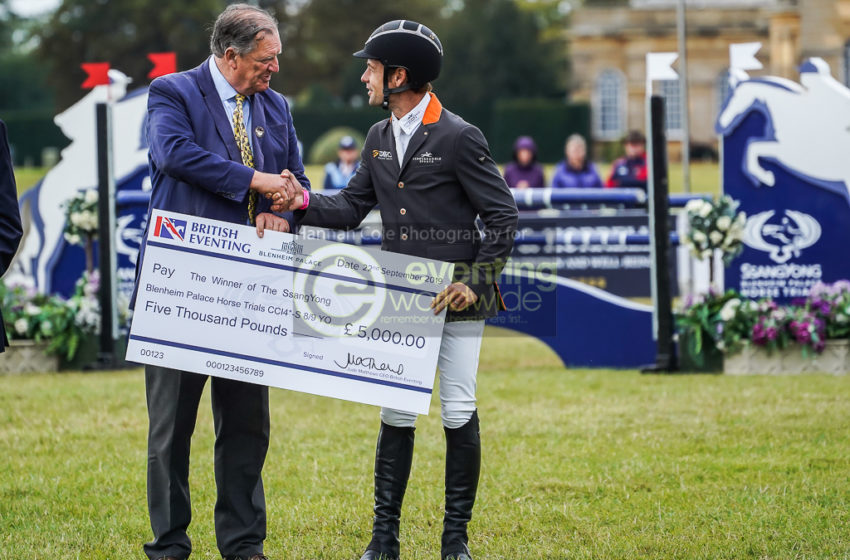 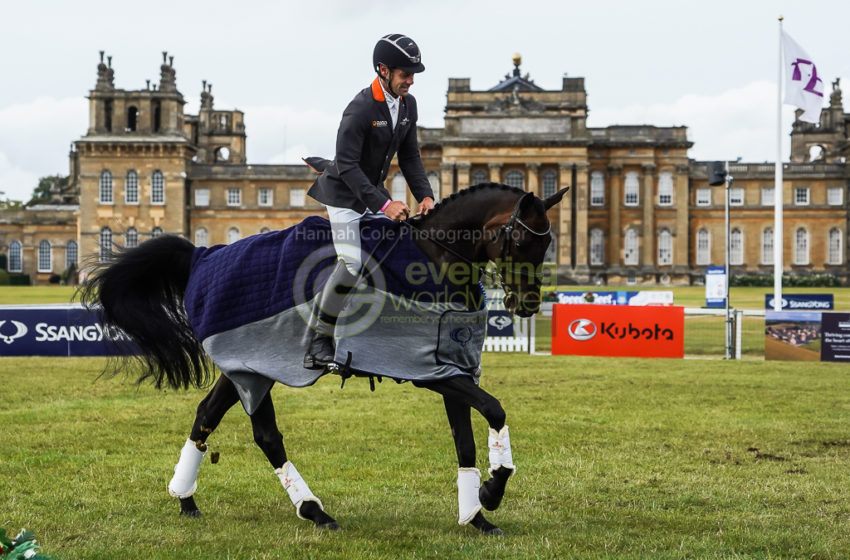