British Eventing’s southerly fixture attracted riders from across the south west keen to get their season back on track.

Elizabeth Chetwode and KEC City Slicker were victors in BE100 Open Under 18 Section F1. Elizabeth has been eventing since she was 14 years old and bought Max on to event since buying him as a five-year-old.

She told Eventing Worldwide: “After three years of managing to juggle my school work and riding it’s a dream come true to see 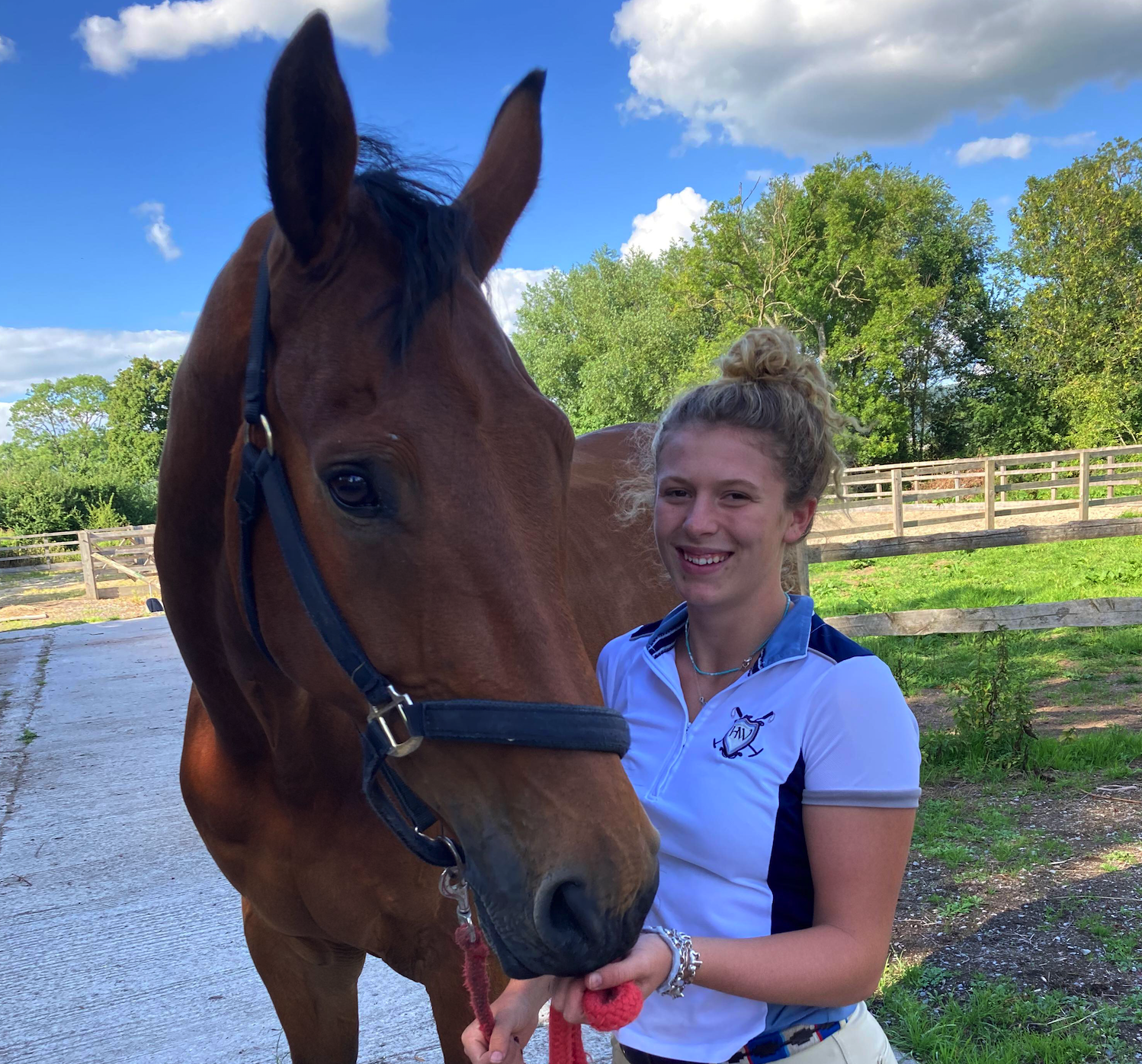 the hard work paying off. During lockdown I was kept busy with working Max nearly every day with my sights set on the next event. After being balloted from my first event I got Max ready for Launceston HT. The regulations at Launceston did not detract the enjoyment of then event and you could tell by everyone’s smiles they were happy to be out again. I am planning move up to novice in a few weeks and hopefully I’ll get my new five-year-old out by the end of the season.”

Hayley Ford and Crimson Gold were winners of BE80(T) Section F with a score of 23.2, having added just 0.4 time faults to their dressage score. Hayley was given the mare by some friends after not taking to racing.

Hayley told Eventing Worldwide: “She can be a tricky little thing and a little volcanic at times but she is also a darling and really very trainable. Launceston was her second party since lockdown and she did really well throughout even though she was very hot and I really struggle with nerves. We were delighted to win – I actually didn’t find out placing or anything until after we are finished as I get anxiety which doesn’t help her. We are going to spend the rest of the season competing at BE90 and just having fun.”

Caitlin Astley-Jones was a first-time winner with her mare Fonnic in BE80(T) Section H. Caitlin purchased Una as a four-year-old whilst she was at university.

Caitlin told Eventing Worldwide: ”Una is pretty feisty but absolutely loves her job. She is the sweetest horse I’ve ever owned and a horse of the lifetime for me. I own a restaurant so it allows me to focus on riding when I need too but I took a year out to focus on the restaurant so we haven’t had a lot of miles. For me, winning was everything. My mum came with me and when I finished the cross country, I hugged her and we both cried. I never went to win, I actually went just to prove I could still go clear cross country – it’s my worse phase. I called everyone that’s helped me to tell them and on the way home mum and I just kept bursting into tears of happiness. I held the lead from the start but I was determined to not lose focus. The new regulations were great. Everyone was on time, it was very well run.”

Having just finished a degree in Equine Science and Business at the Royal Agricultural University Georgina Ewell is looking to make a career eventing, schooling and bringing on young horses. With Kilcoltrim Jacko, who she has owned for three years, she topped Novice Section I with a score of 27.0.

She told Eventing Worldwide: “Jacko is a complete gentleman and I am very lucky to ride him as he is so genuine. It was brilliant to finally get a good result he has been promising for a while now.
Whilst the new regulations are a bit odd it works well and we seem to be finishing early and managing to avoid delays. Hopefully Jacko will step up to 2* and Intermediate before the season finishes.”

India John and Ballyhooly recorded the lowest winning score of the event, finishing top of BE90 Section D on their dressage score of 22.3. India has had Harry for six years, and this was their first event this season.

India told Eventing Worldwide: “As a 19-year-old we thought we’d be winding Harry down this year for his last season but we were wrong! I’m a third year Dental Student at Pensinsula so free time is fairly scarce and has been for a number of years – lockdown with horses at home has been pretty wonderful. We’ve experienced some real hardships over the last month or so, with my mum being seriously ill in hospital, so I’m hoping when she is well enough she can see how well the horses are going and smile – or critique the size of my 20 metre circles as she usually would. Launceston did an amazing job, and being out again was a breath of fresh air.”

Victory in BE100 Open Section F2 went to Roxi Foster and Dalsaans Hasty Prince. The chartered surveyor lives and work in Bristol But her horses are based in Newquay. She has owned Prince since he was 4 – the Irish Sports Horse is now 15.

She told Eventing Worldwide: “We usually compete at Novice and 2* level but wanted to do a 100 run as it’s the start of the year. For the rest of the year we’ll be moving back up to Novice and hope to do a couple of international 2* at Wellington and Bicton. Lockdown has been great as I’ve been able to work from home in Newquay which has meant I can fit in more riding and this has definitely helped our flatwork. The win was unexpected and a very good start to what will hopefully be a successful year, despite it being shorter then normal. The new regulations were well implemented at Launceston and didn’t have a negative impact at all.”