Askham Bryan College held their second and final event of the season over the weekend. The event organiser Jo Richards and her team battled with the wet weather conditions and pulled out all the stops to make sure the event ran, especially as they were the only event in the country to continue to run on the Sunday. It was a huge success across all sections from BE80(T) to Novice, including the Open Novice under 18 class.

Winner of the Open Novice section J was North Yorkshire based James Sommerville riding Edison NJ. It was only the pairing’s second ever event together after James took on the ride last month where they finished second in the Intermediate Novice class at Allerton. The nine-year-old gelding was previously campaigned by his breeder and owner Carole Dennis.

James was also placed second in the Novice section I with Laura Irving’s Miss Pandora. The mare is another new ride for James this season after Laura had produced her up to BE100 before James took over the reins in the spring.

Lois Teal was victories in the section taking the win with Z7 Catastrophe on their dressage score of 26.8. The combination has had a great season with three top 3 places at Novice level and a trio of wins; 1st BE100 section Breckenbrough, 1st Warwick Hall Novice and here at Askham Bryan College.

The Open Novice under 18 section was very competitive with experienced combinations, including the current Pony European champions of Finn Healy and Midnight Dancer II at their first event back since that iconic European win in Poland.

Issie Thompson and Pennineview Silver Concorde blew away the rest of the field to take the win. They jumped only one of two double clears inside the time to finish on their dressage mark of 32.5.

“It was just a big shock really and completely unexpected. Connor isn’t the most consistent horse; he definitely has his weaker phases. We’re a fairly new partnership and I’m still getting used to him and this level so really, I was just looking to gain experience and hopefully a MER.
It just seemed like today everything fell into place and all the lessons with Helen Ball and hard work paid off! I’m very grateful for all the help and support we get to achieve these results.
What I love about him is that he tries so hard in all three phases and it’s very exciting knowing what we are capable of and now we can go into the winter with lots of training planned to hopefully come back next season and get some more amazing results!”

Issy Saxby and Equitrek Atom finished second on a score of 36.1. They have had a brilliant season, in six months they’ve gone from BE100 up to their first intermediate at Allerton Park, where they finished in 8th.

Issy commented;
“I got Rodders a year ago, so this is our first season together and his first proper season too. Askham Bryan was our highest placing together so far. The ground was amazing considering the weather and with Askham being the only event to run on the Sunday, I wasn’t really expecting to get a run! We are hopefully heading to Oasby for our final event of the season, before lots of show jumping and dressage this winter!”

Making up the top 3 was European Pony longlisted Ria Scott riding Nicola Wilson’s former 5* ride Beltane Queen, who’s owned by her breeders Ann and Valerie Robson.
Ria has been partnered with the mare since May and together they’ve posted a string of top results with no placings outside of the top 8, including; a win in the ONu18 at Sapey and 3rd Allerton Park ONu18.

In the BE100 section L Ellie Clarke and Stenhopes Travelling Man scored a back to back win following on from their win at Bold Heath in August. Whilst Jamie Atkinson piloted Victoria Cowie’s Classy Rebel to his winning BE100 debut in section M.

Katie Walton and Chance X were winners in the BE90 section A after jumping a smart double clear to rise up from third place following the dressage.

Katie commented;
“Chance has been an awesome horse this season. We had a slow start to this season, but he has come out better than ever after lots of training and he pleased me more and more every time we event. He knows his job very well and I’m delighted that our work payed off for our last event this season.” 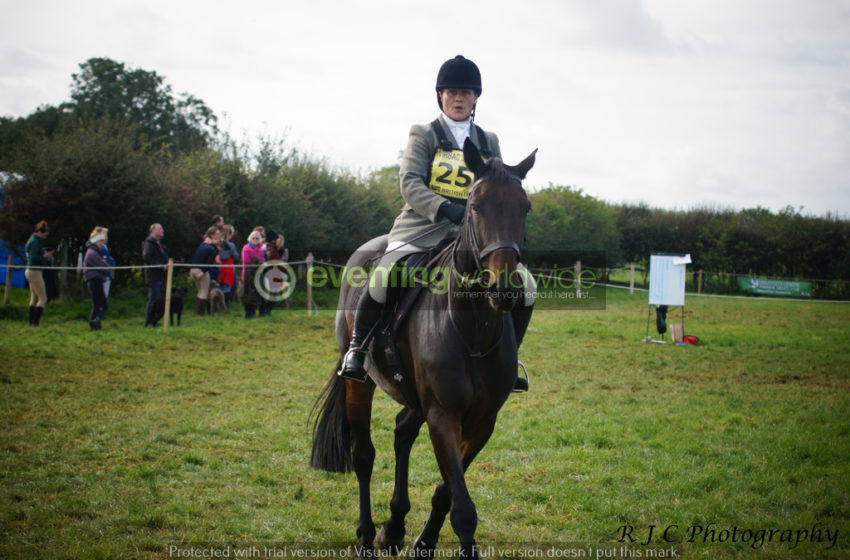 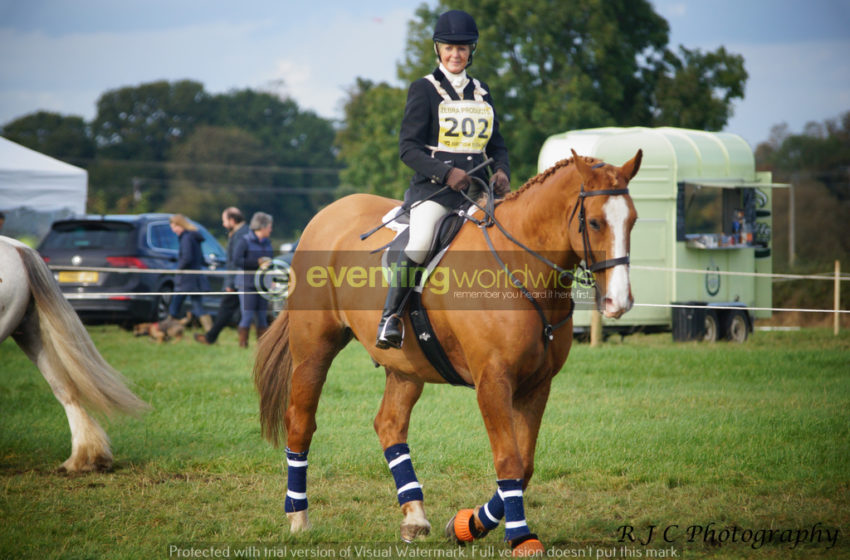 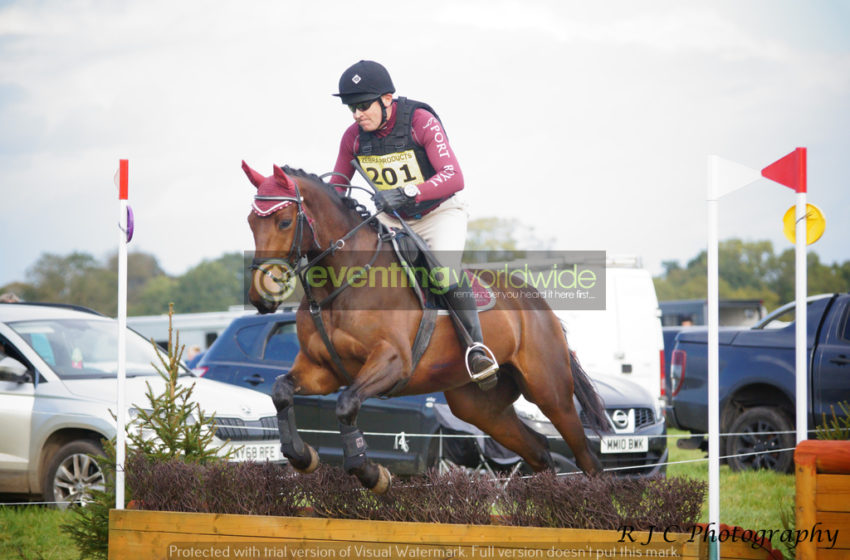 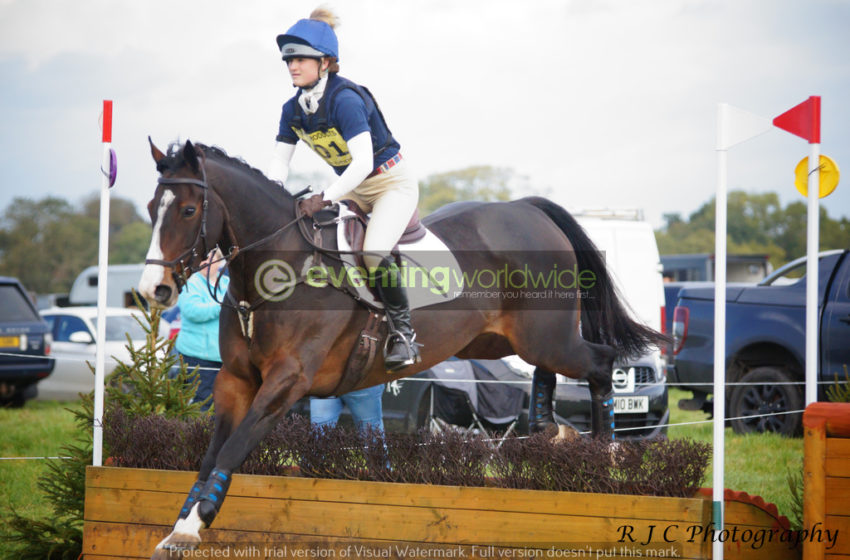 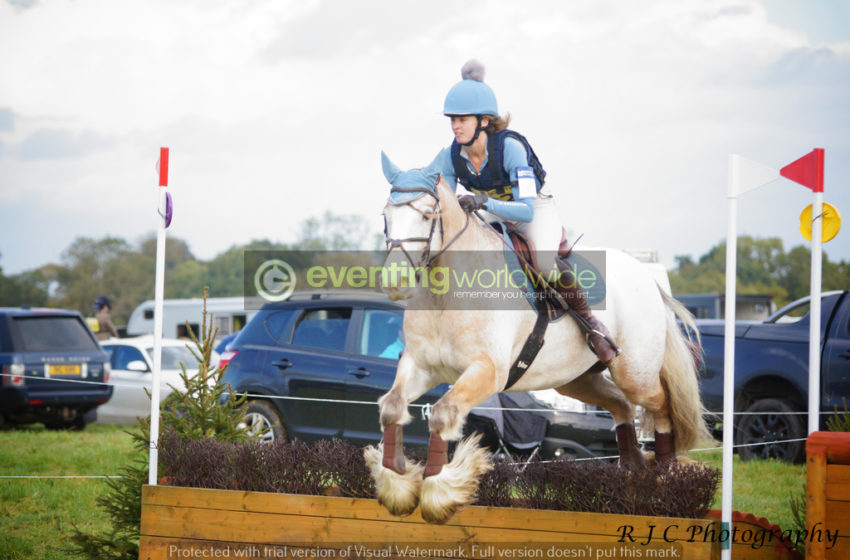 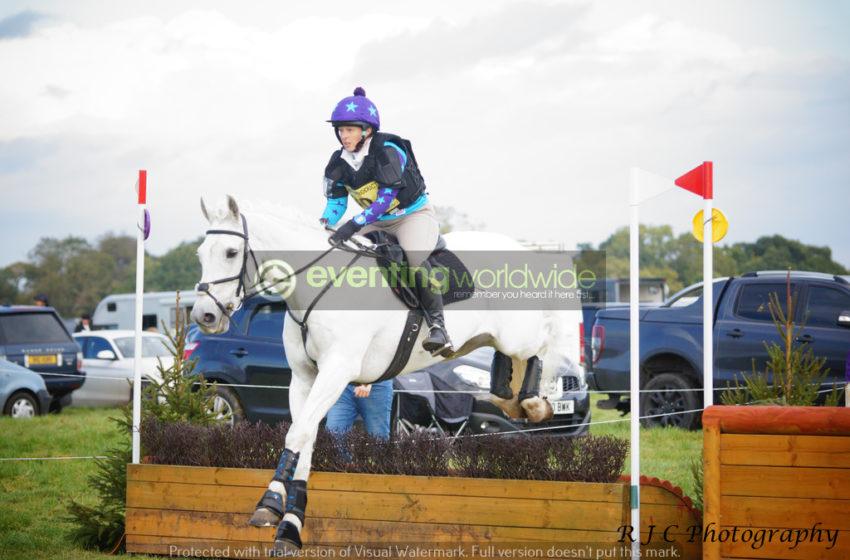 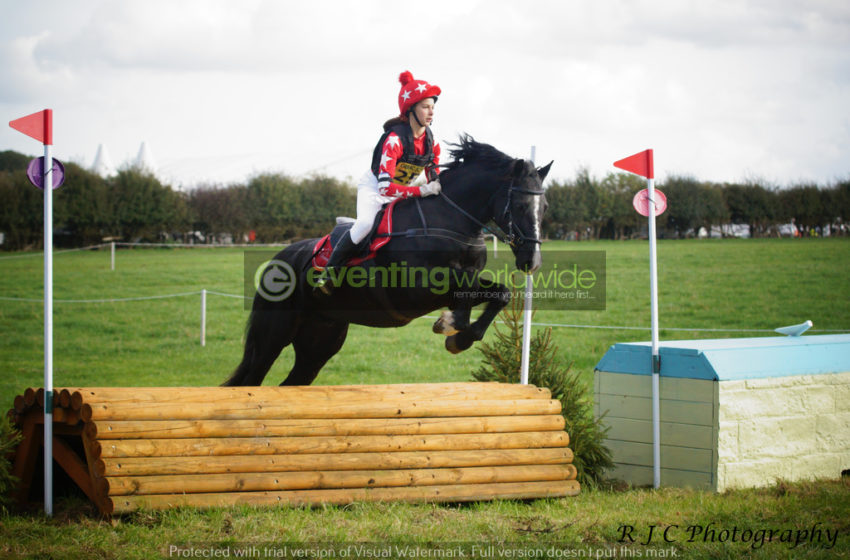 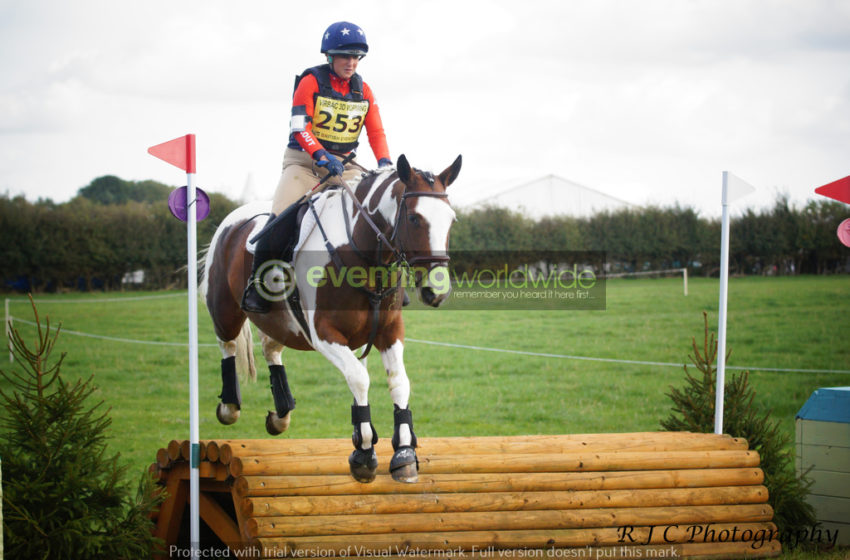 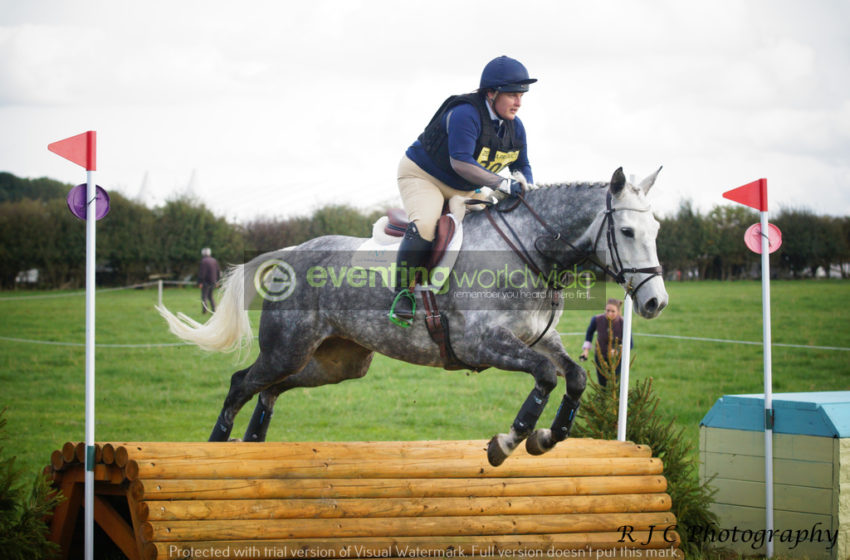 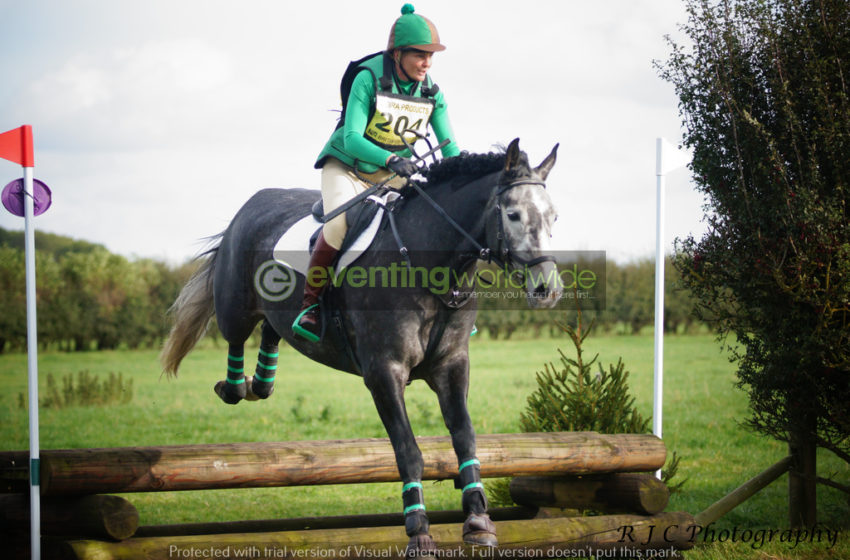 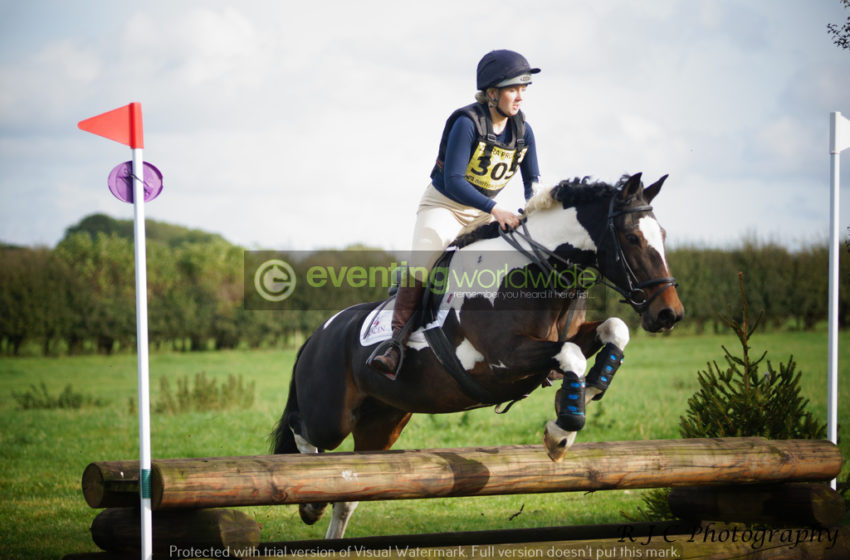 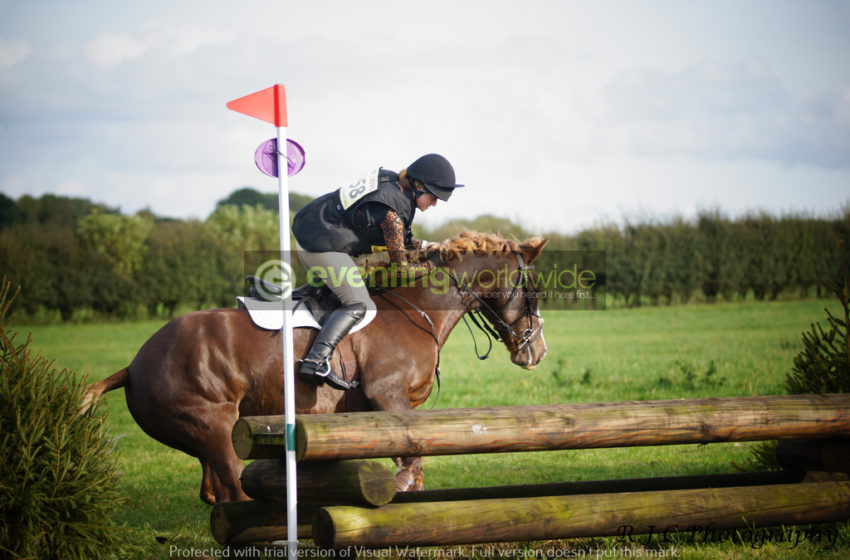 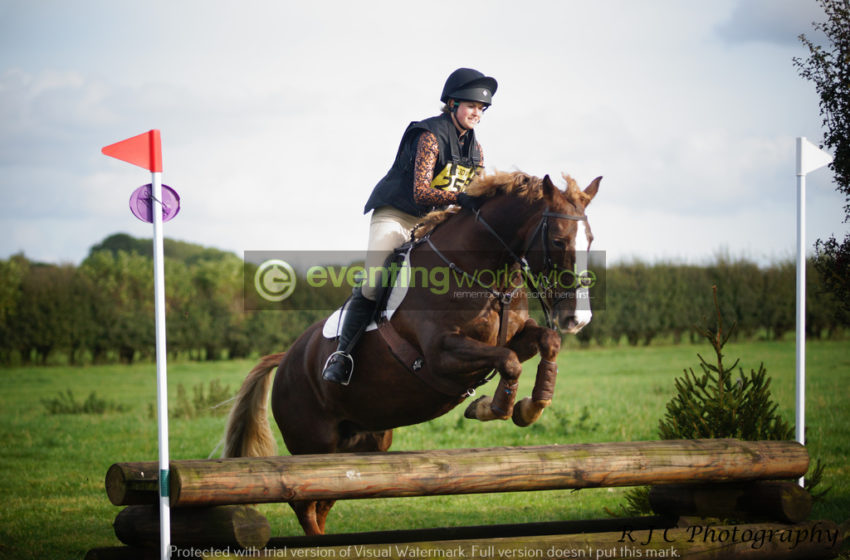 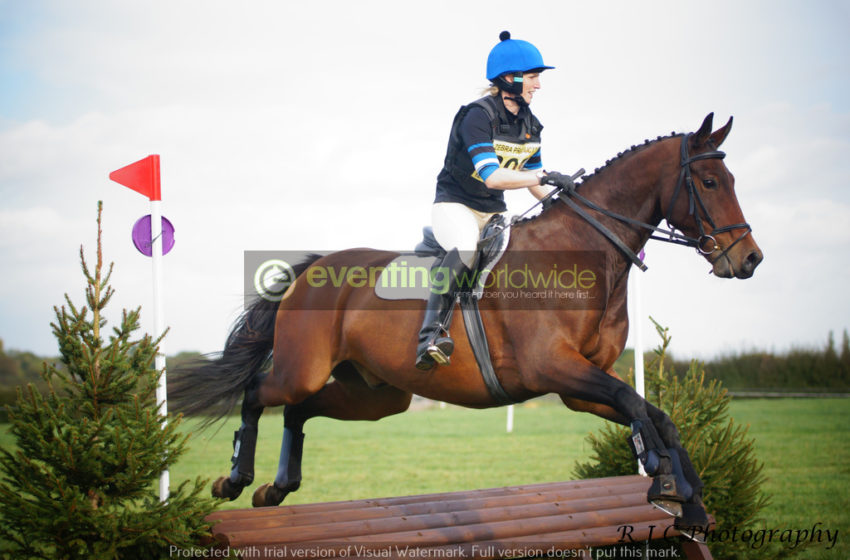 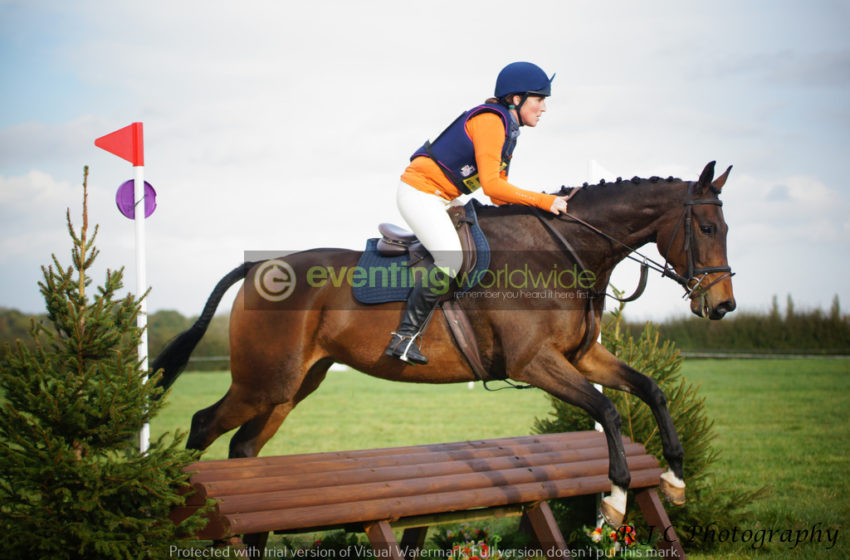 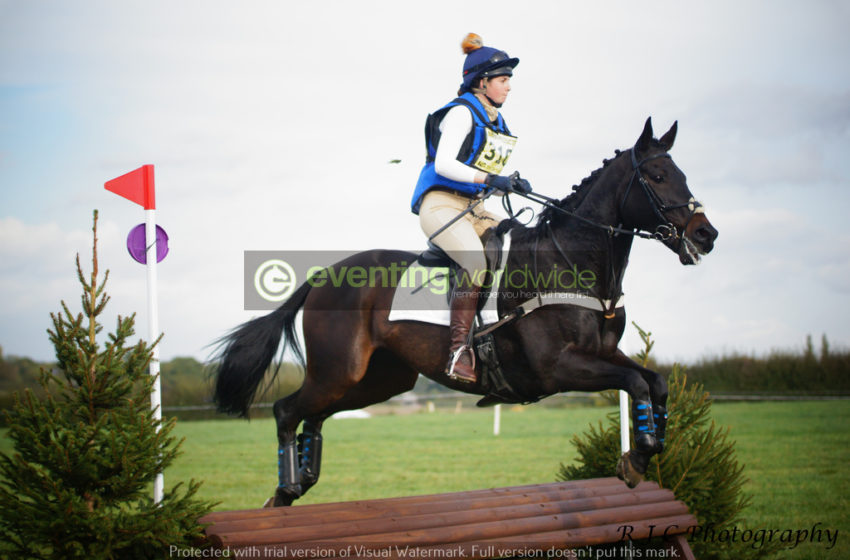 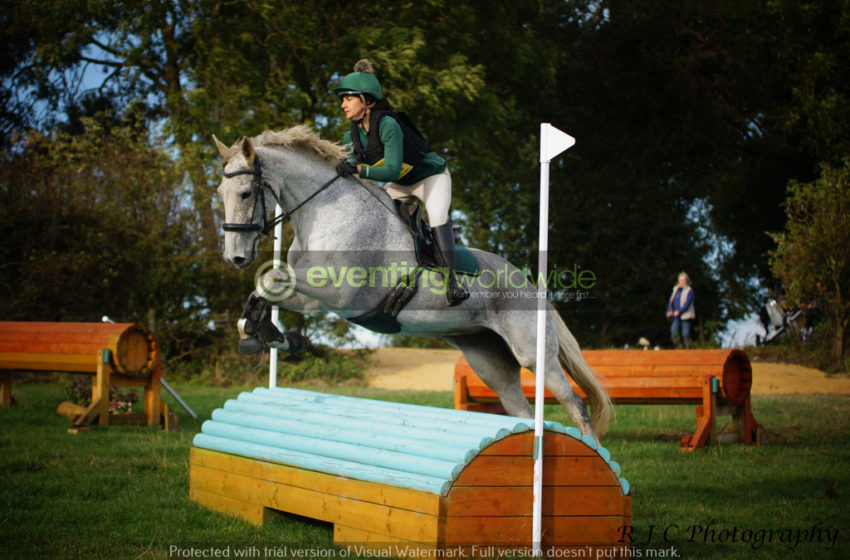 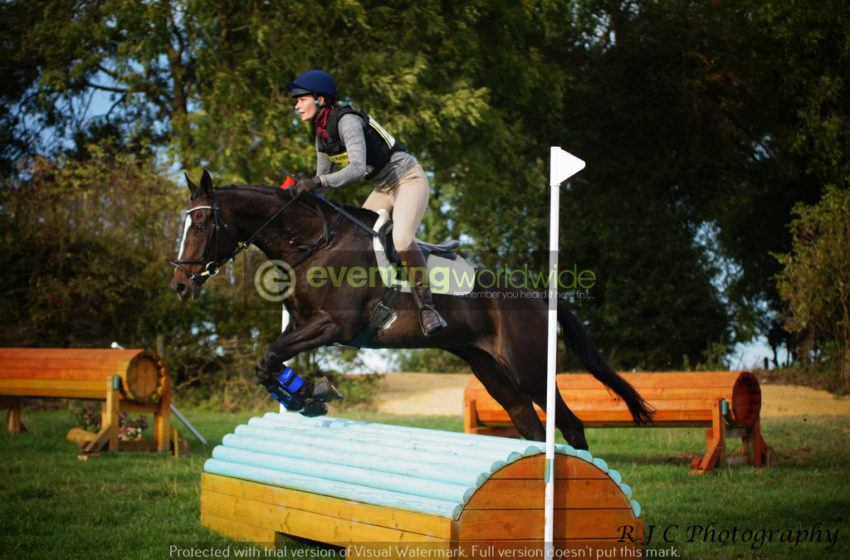 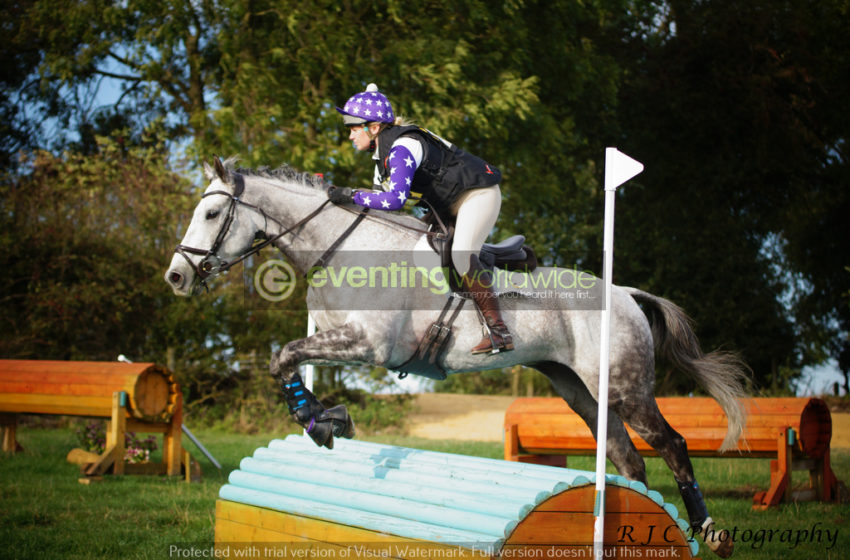 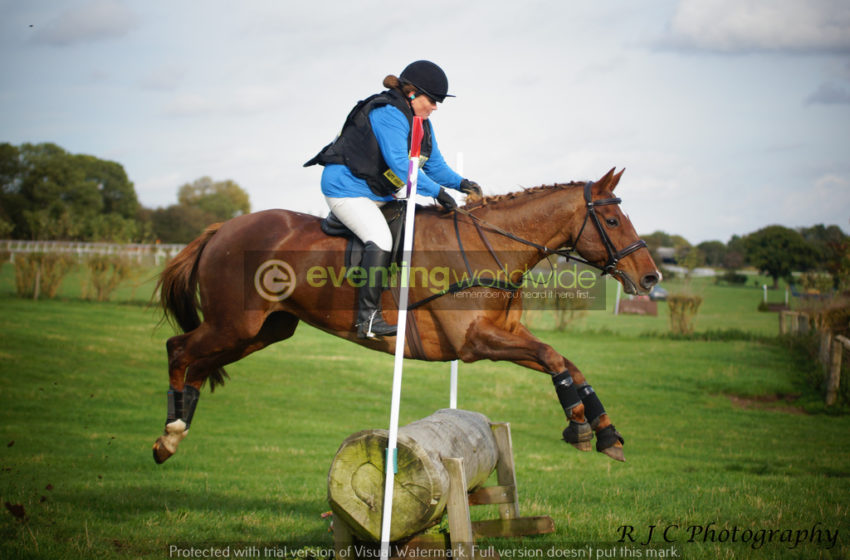 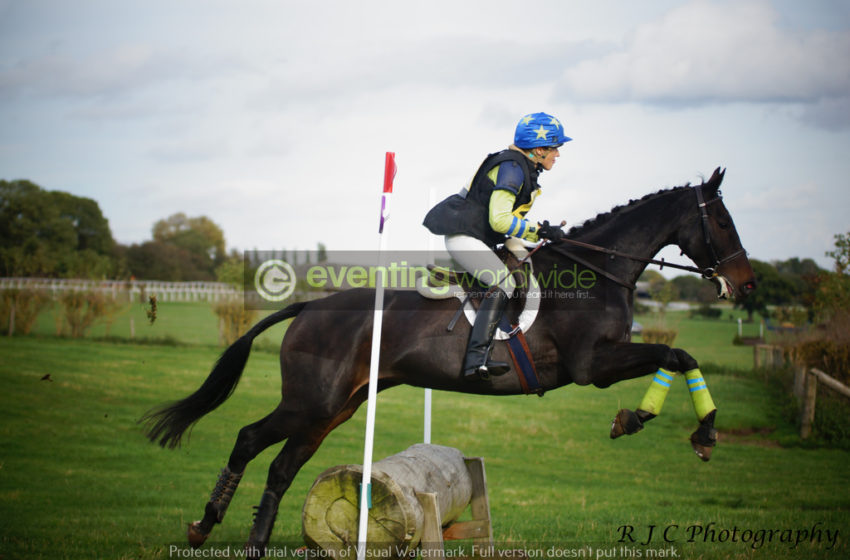 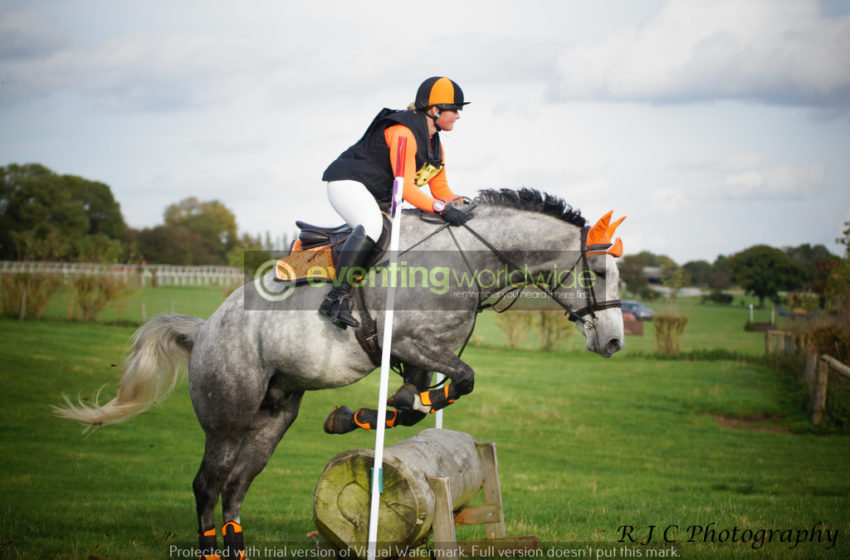 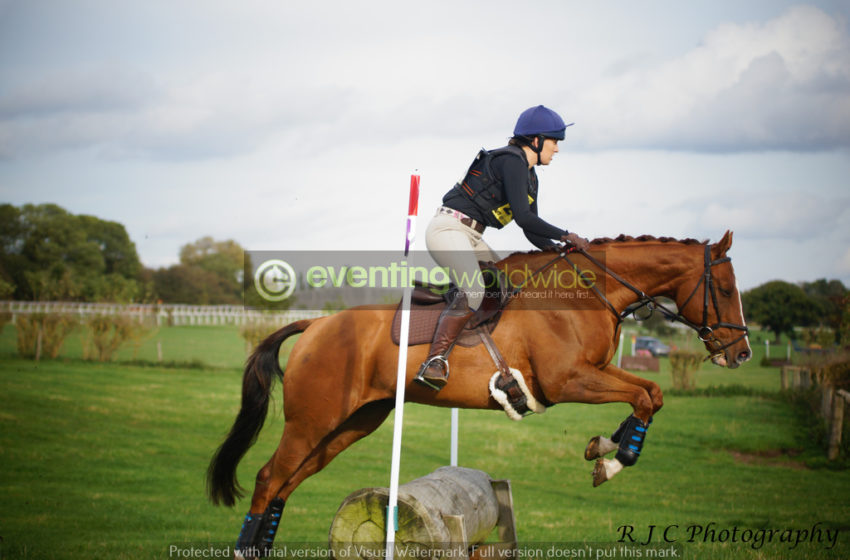 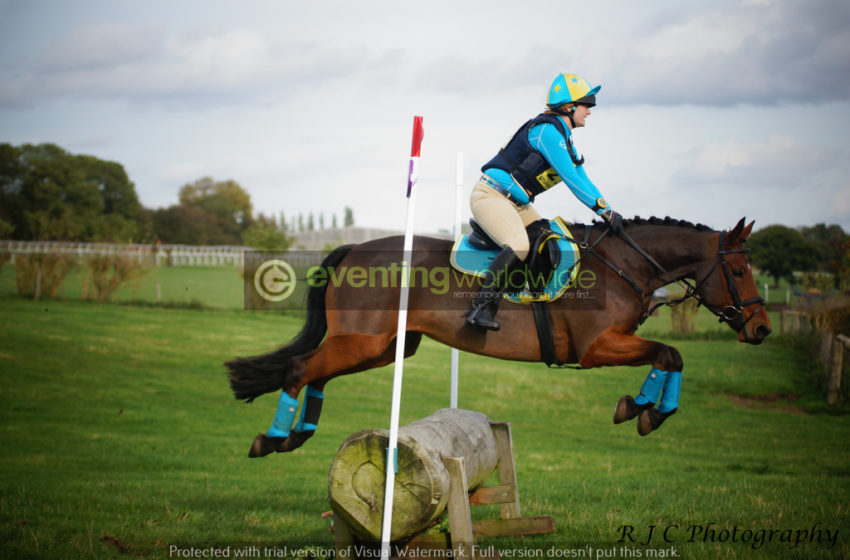 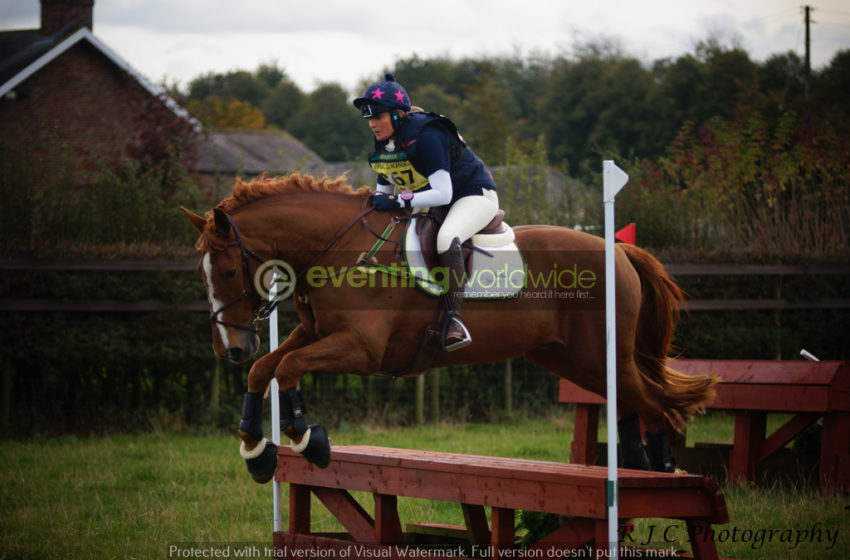 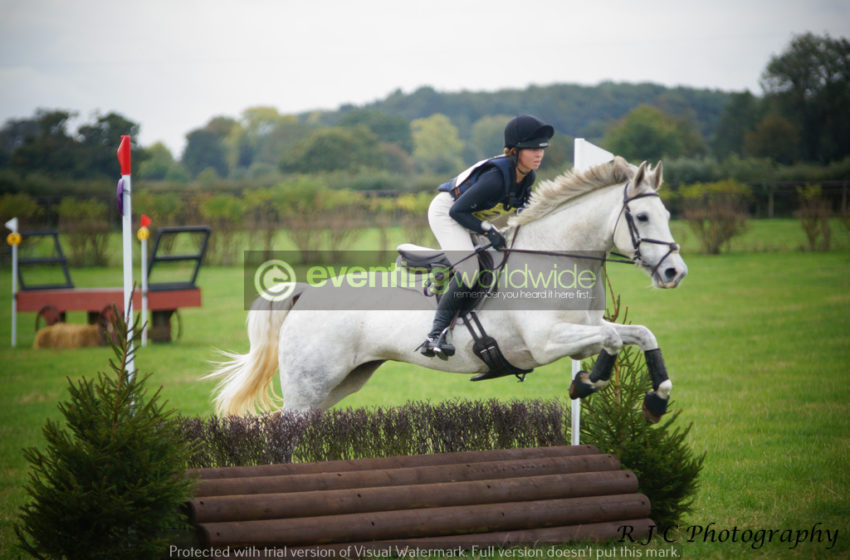 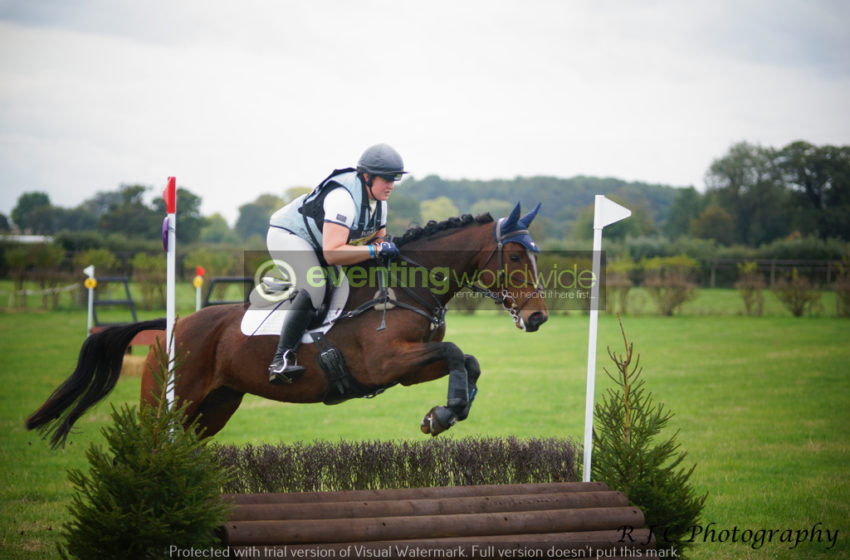 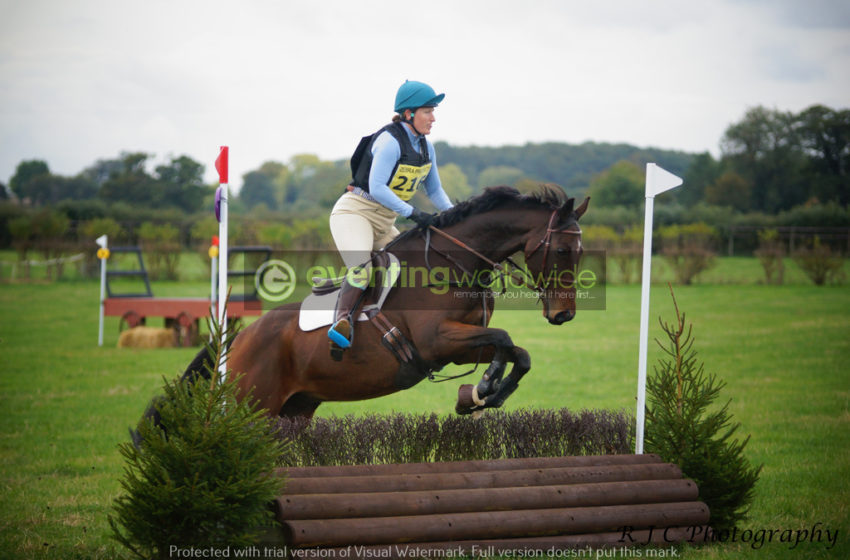 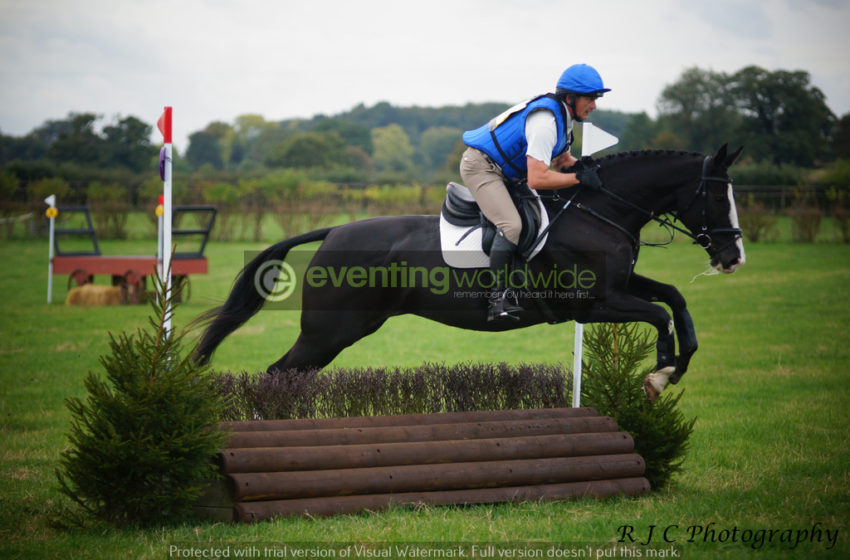 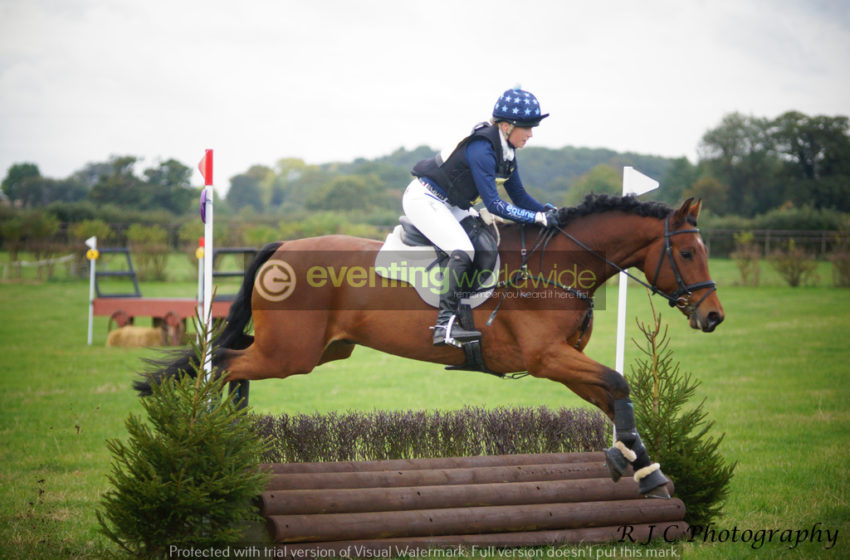